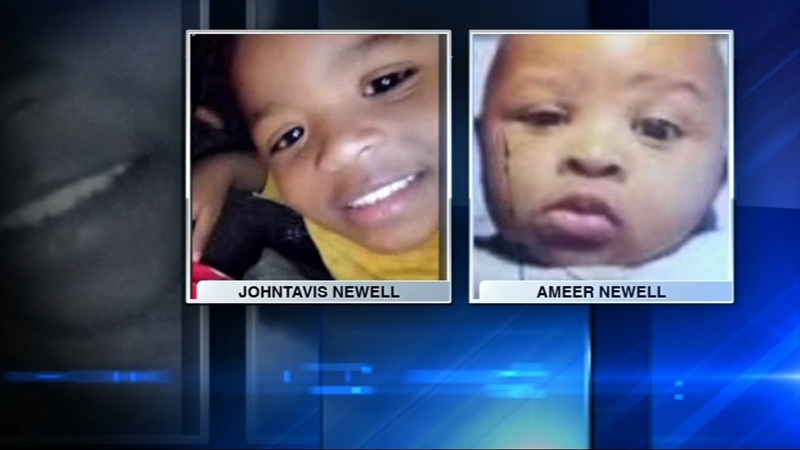 CHICAGO (WLS) -- The mother accused of stabbing her 2-year-old and dropping her 7-month-old from an 11th-story window, killing both, was charged with first-degree murder.

Chicago police responded to the 7200-block of South Shore Drive at about 1:48 a.m. Thursday and found the 20-year-old woman and a young child on the ground.

Police say Newell stabbed Johnatvis Newell and left him in the bathtub, where he died. Then she allegedly dropped Ameer Newell from an 11th-story window. She then stabbed her 70-year-old grandfather in the apartment before jumping out the window herself in an attempt to kill herself, police said.

Something broke her fall and she survived. She and her grandfather were taken to University of Chicago Hospital in critical condition.

Newell remains hospitalized and she's being held without bond.

The children were taken to Comer Children's Hospital where they were pronounced dead.

"I don't know why it happened," Zera Newell said, "why she killed my grandkids."

Acquaintance Adrianna Thomas said Newell spent a couple days at the Shield of Hope shelter in Humboldt Park, where she told several people she needed help and could not raise her kids on her own.

"She came to all of us and said she couldn't take care of the kids," Thomas said.

Those who knew Newell said the Salvation Army, which runs the Shield of Hope facility, denied her.

"If y'all knew she was asking for help, why didn't you help this lady?" wondered Teranika Jones, acquaintance.

The Salvation Army initially issued a statement saying they could not confirm if Aleah Newell stayed at the shelter.

"Our prayers go out to the family impacted by this horrible tragedy. Due to client confidentiality, we can't disclose the names of clients," the statement said.

Newell's mother, however, confirmed her daughter called her from the shelter Tuesday night. Friday evening the Salvation Army issued an updated statement, in which they acknowledged Aleah Newell stayed at the Shield of Hope shelter from Monday until Wednesday morning.