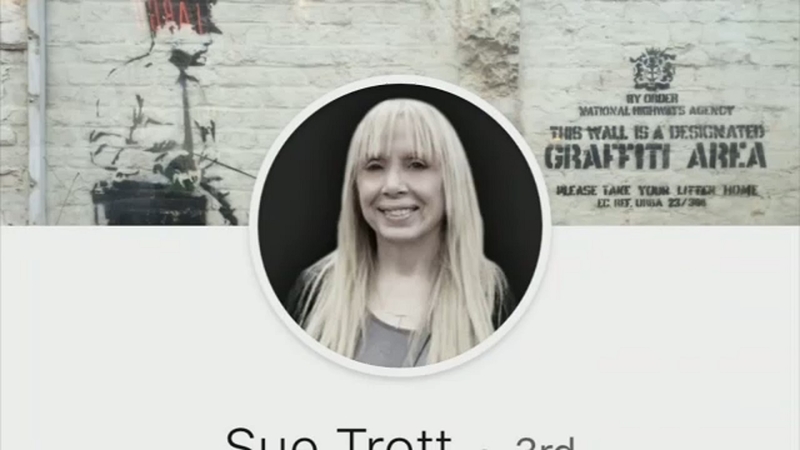 UPPER WEST SIDE, Manhattan -- A 70-year-old woman was found with her throat slit in her apartment at 710 West End Avenue on New York City's Upper West Side early Sunday morning.

When Susan Trott didn't show up for work, a concerned co-worker asked police to do a wellness check.

When officers arrived at the luxury apartment around 4:50 a.m., they found Trott unconscious and unresponsive with a laceration to her neck. She was pronounced dead at the scene.

Sources told WCBS blood spatter showed signs of a struggle. Investigators found a trail of blood leading from her living room to her bedroom. There were no signs of forced entry and her apartment was not ransacked.

Neighbors called Trott a "very sweet" woman, who was known for her passion for big, white dogs.

"She loved animals...she loved sad dogs. Rescued, adored them and took good care of them," said Helen Stein, a neighbor.

Trott was also active in trying to beautify her building. Neighbors said she was in charge of gardening.

According to Trott's website, she was a longtime copywriter, advertiser and creative consultant for major corporations, who divided her time between New York and London.

The building has surveillance cameras and a doorman. Police have not released photos of a possible suspect.