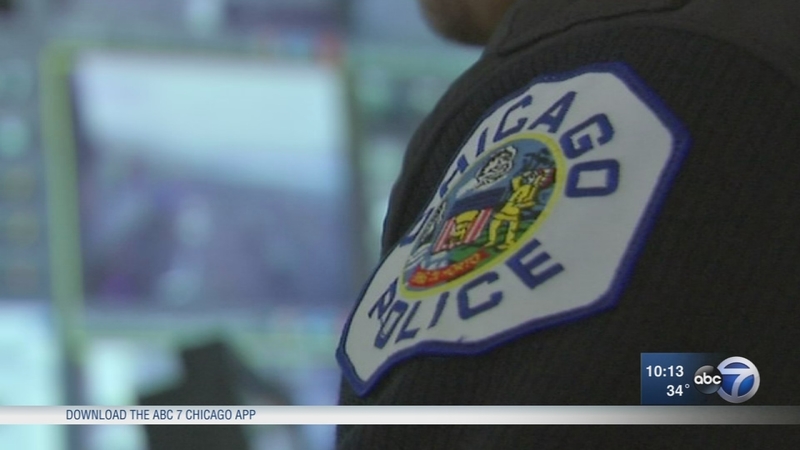 CHICAGO (WLS) -- The ABC 7 I-Team uncovered a stunning number of domestic violence complaints against Chicago police officers and an overwhelming lack of disciplinary action resulting from those complaints.

If you are a Chicago police officer accused of domestic violence, Code 600 will be the likely outcome. That is the police jargon for no disciplinary action.

In nine of every 10 domestic violence allegations made against officers by their spouse or children, no disciplinary action is ever taken. And there are a lot of allegations.

Chicago police respond to nearly 500 domestic related calls a day, according to the latest department data; calls for help at home from across the city.

But the I-Team uncovered surprising domestic violence complaints about police officers themselves.

"It kind of shakes people to the core to have to deal with that reality that this may be the person who's answering your call for help," Diane Wetendorf, police domestic violence expert, said.

Wetendorf is a police domestic violence expert and advocate based in the northern suburbs. For years she said she helped victims who were abused at the hands of Chicago police.

"Domestic violence itself is all about power and control so when you put the power and control dynamics together with an officer who's used to assuming that role of authority, it's a terribly volatile situation," Wetendorf, said.

In the investigation, the I-Team uncovered thousands of domestic violence complaints against Chicago police officers.

In a database obtained through a the Freedom of Information Act request, the I-Team found 5,280 domestic violence complaints filed against Chicago police officers since the year 2000. That's more than 340 complaints filed every year and on average, nearly one per day.

"We know that it's something that often happens behind closed doors and so I would suspect that the numbers are even higher than that," Stephanie Love-Patterson, the executive director of Connections for Abused Women and their Children, said.

"When your husband is a police officer there's fear of, 'Do I make a police call? What happens if I call 911 and some of his colleagues shows up?'" she said.

Chicago police department records revealed another troublesome pattern according to experts. Following an investigation, 92 percent of the police domestic violence complaints led to no disciplinary action, or what the department calls Code 600.

CPD officials said a domestic violence complaint against an officer doesn't mean the officer is guilty.

Advocates said that sends a chilling message to victims.

"Abusers will often say if you tell anyone about what's happening, no one's going to believe you anyway. They're not going to do anything. So, if nothing happens then his message was pretty much verified or validated," Patterson said.

Angelo cited "an old school mentality at CPD," officers fearful that if they seek counseling-they'll face repercussions at work.

"You know morale is in the toilet. We are way behind the times in recognizing the needs and programs sufficient enough to meet the demands of policing in 2017. It's a shame because the last thing you want to do is not do something and then wind up calling the coroner," Angelo said.

In a statement Chicago police said, "All domestic complaints against an officer are fully investigated" by the Independent Police Review Board.

CPD said if misconduct is substantiated by IPRA, "officers are held accountable."

Full Chicago Police Department Statement:
The Chicago Police Department takes any allegation against a police officer seriously, especially in cases of domestic violence. While a complaint or allegation against an officer is not an inherent implication of guilt, all domestic complaints against an officer are fully investigated by IPRA and officers are held accountable in cases of substantiated criminal or administrative misconduct.