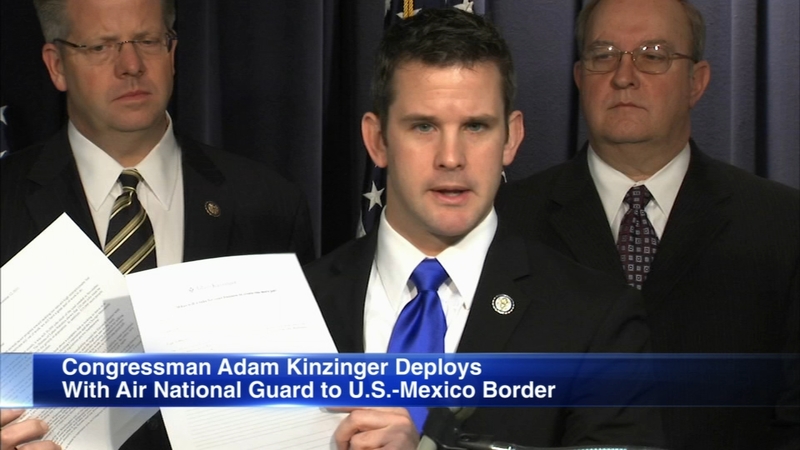 CHICAGO -- Rep. Adam Kinzinger is being deployed to the southern border with an Air Force National Guard Unit, according to a statement by his communications director.

"Earlier this week, Congressman Kinzinger was deployed to the U.S.-Mexico border with his Air National Guard unit, and is serving on active duty in his capacity as Lieutenant Colonel. As with his previous border missions while elected, the Congressman will stay within the United States," the Illinois Republican's office said in the statement.

Prior to Kinzinger's election to Congress, he served in the Air Force and was commissioned as a second lieutenant in November 2003. He served in Operation Iraqi Freedom and Operation Enduring Freedom.

Whether members of Congress can serve in active duty has been a source of controversy in the past.

In 2006, the US Court of Appeals for the Armed Forces ruled that Sen. Lindsey Graham, a South Carolina Republican, could not sit on a military appeals court that decides criminal cases and also serve as a senator, citing the Constitution's Incompatibility Clause -- also known as the emoluments clause -- which forbids members of Congress from simultaneously holding an "Office under the United States."

However, Congress has not acted in any case of an individual representative or senator regarding simultaneous service in the Reserves.

Kinzinger's offices in Washington and Illinois will remain open while he is deployed.