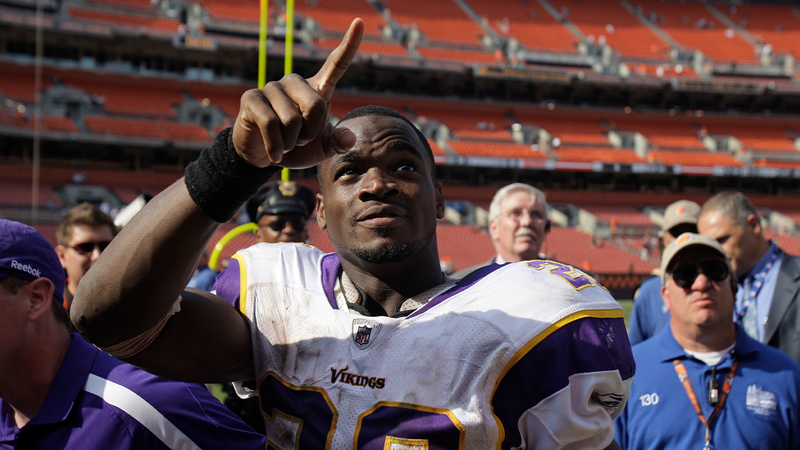 Adrian Peterson arrested after fight with wife on flight to Houston

Officers responded about 8:30 a.m. to a plane that had been leaving for Houston before returning to the gate "due to a verbal and physical altercation between a male suspect and a female victim," the LAX Police Division said in a statement.

Police initiated an investigation and notified the FBI as required, authorities said.

Peterson, 36, was taken into custody and was later booked at the Los Angeles Police Department's Pacific Division for alleged corporal injury of a spouse. His bail was set at $50,000, online arrest records showed.

"The passengers along with the female victim were able to continue with their flight plans," according to the airport police news release.

With unruly passengers remaining a problem for several major airlines, Delta is calling on other airlines to share their "no fly" lists.

Peterson, a 15-year veteran of the NFL, is fifth in league history in rushing yards and the only non-quarterback to win NFL MVP since LaDainian Tomlinson in 2006.

The 2012 league MVP, Peterson split the 2021 season with the Tennessee Titans and Seattle Seahawks, playing in four games and totaling 98 yards and two touchdowns.