'Aladdin' playing in Chicago until Sept. 10 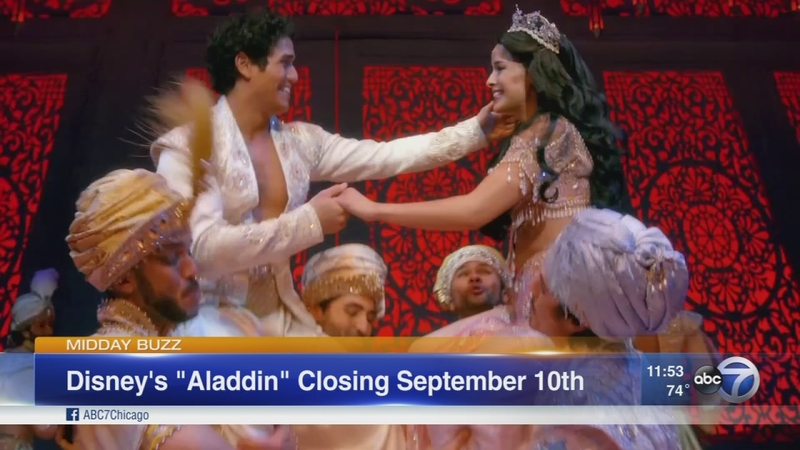 It's the final two weeks of Disney's "Aladdin," which is now playing at Chicago's Cadillac Palace Theatre until Sept. 10.

Adam Jacobs, who performs in "Aladdin," joined ABC7 on Tuesday to talk about the show.

Aladdin, adapted from the Academy Award-winning animated Disney film and centuries-old folktales including "One Thousand and One Nights," is brought to fresh theatrical life in this bold new musical. Aladdin's journey sweeps audiences into an exotic world of daring adventure, classic comedy and timeless romance. This new production features a full score, including the five cherished songs from the Academy Award-winning soundtrack and more written especially for the stage.

Tickets for Aladdin at the Cadillac Palace Theatre range from $44 - $153.