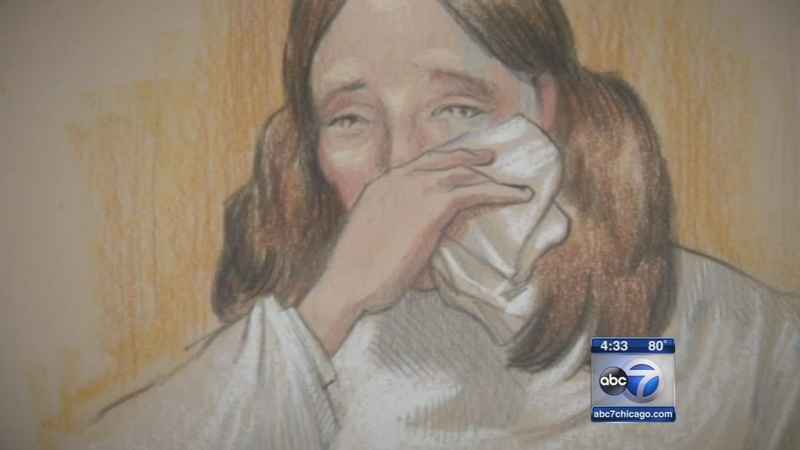 JOLIET, Ill. (WLS) -- A star witness who received a plea deal to testify at the murder trial of Bethany McKee - took the stand on Thursday.

McKee is the first of three people to stand trial for the murders of two men, Terrance Rankins and Eric Glover, in a Joliet home

Alisa Massaro is currently serving a 10-year sentence. With good behavior, she may only serve five years. She testified in court today that that possibility was better than the possibility of facing life in prison.

"We want to know exactly what happened in that house, but the details are, it's hard to take sometimes," said Duval Rankins, Terrance Rankins' father.

Alisa Massaro testified after a murder charge against her was dismissed in return for her testimony against McKee and the other co-defendants. Massaro testified the four were going to rob Terrance Rankins, saying: "The plan was for him to come over and we would rob them."

Massaro says they all drank and smoked, but she and McKee left the room with the two defendants and two victims. Massaro testified: "I heard somebody say 'why are you doing this to me?'"

She testified that from downstairs: "It sounded like something - maybe very heavy - had fallen over." And she testified that when she tried to get into the room, the door was locked: "I heard someone say 'die, die.'" When she saw Rankins and Glover again she testified tearfully: "They weren't moving."

Bretz later referred to Massaro's initial statements to police "You lied to the police continually during that interview." Massaro replied: "Yes I did."

In letters Massaro sent from jail she wrote: "I'm willing to do anything just to see you and my dad again." And in another letter she wrote: "I'm so sick of being here... I'm not dumb enough to be here the rest of my life."

McKee's father says Massaro was not very convincing on the witness stand.

"She doesn't recall 98 percent of anything that's questioned to her," said Bill McKee, Bethany McKee's father.

Joshua Miner and Adam Landerman are also charged in this case, but they have yet to stand trial.

The trial will resume on Monday, when the state is expected to rest after calling one more witness. Closing arguments are expect on Tuesday or Wednesday. Then, a Will County judge will decide Bethany McKee's fate.