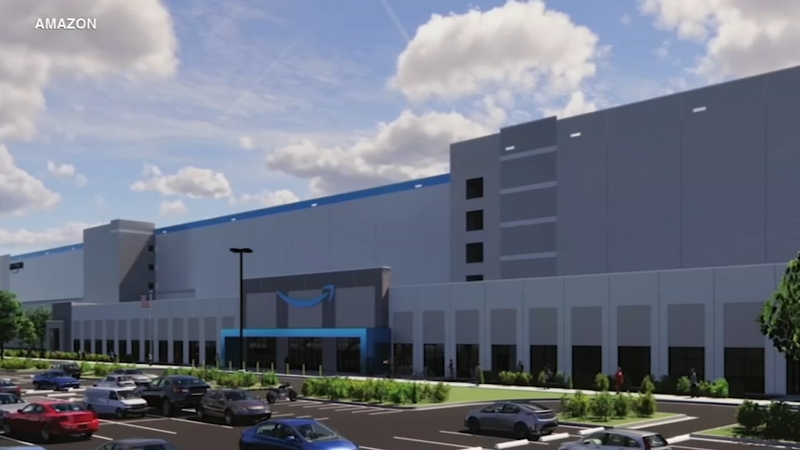 The new fulfillment centers will be located in Matteson and Markham. The centers will also feature Amazon's robotics technologies.

Governor JB Pritzker, Cook County Board President Toni Preckwinkle and other officials will be on hand to announce Monday the construction of two new Amazon robotics fulfillment ce

"I'm committed to making Illinois a leader and placing us among the most forward-thinking and innovative states in the country. As the home to some of the best research universities in the world, producing the second largest number of computer science graduates, the fourth largest number of MBAs in the nation, and the fifth highest number of data scientists, Illinois is well on its way," said Governor Pritzker. "I'm excited to see Amazon increasing their presence here in Illinois and creating thousands of much-needed jobs for our residents."

"We've invested a lot, not just in economic development dollars, but also in our transportation investments in the Southland, to lift up this region because we understand as we do that, we're contributing to the growth and vitality of the entire county," Preckwinkle said.

"With the recent crisis and the things that we have faced here recently with COVID and some of the other things we have faced, Amazon is a silver lining," Markham Mayor Roger Agpawa said.

The silver lining is jobs - more than 2,000 across the south suburbs. Amazon expects to create 1,000 new jobs in Markham and 1,000 more at a new facility in Matteson.

"A great opportunity for our young people here and maybe even some of our elderly people may be able to get some part-time jobs," Markham resident Willie Reed said.

"The opportunity has been opened that they might have never had, so it's such a blessing to see something coming in such a big quantity like this here," Markham resident Sheila McDowell said.

Some Markham residents met ABC7 at City Hall to share their thoughts about the Amazon announcement.

"I'm excited Amazon is coming to Markham because I see social, I see economic development for this community, which Markham has been lacking for many years," Dorothy McDowell said.