Arizona man fakes his own kidnapping because he didn't want to go to work: Police Man fakes his own kidnapping, didn't want to go to work: Police

COOLIDGE, Arizona -- An Arizona man was arrested after faking his own kidnapping because he did not want to go work, police said.

Nineteen-year-old Brandon Soules was found roughed up and helpless on Feb. 10 in Coolidge, a city 55 miles from Phoenix, KNXV-TV reports.

He told police he had been kidnapped by two masked men. In actuality, police said, he did it all to himself.

A Coolidge Police Department official said, "He informed us that he at first stuffed a bandanna in his mouth. Afterwards, he took off his own belt and bound his hands with his own belt. (He) laid on the ground and scooted out on the side of the road so somebody could see him and waited."

And his plan worked, or at least he thought it would. Police were called to the scene by a passerby and found Soules.

"He informed us that he was hit in the head and stuffed in a car in front of his home and this occurred after 7 o'clock in the morning, but when we located video surveillance in front of his home, we were able to see no such thing," the police official said.

Soules explained the "kidnapping" was over a large amount of money that his father had hid somewhere around town. 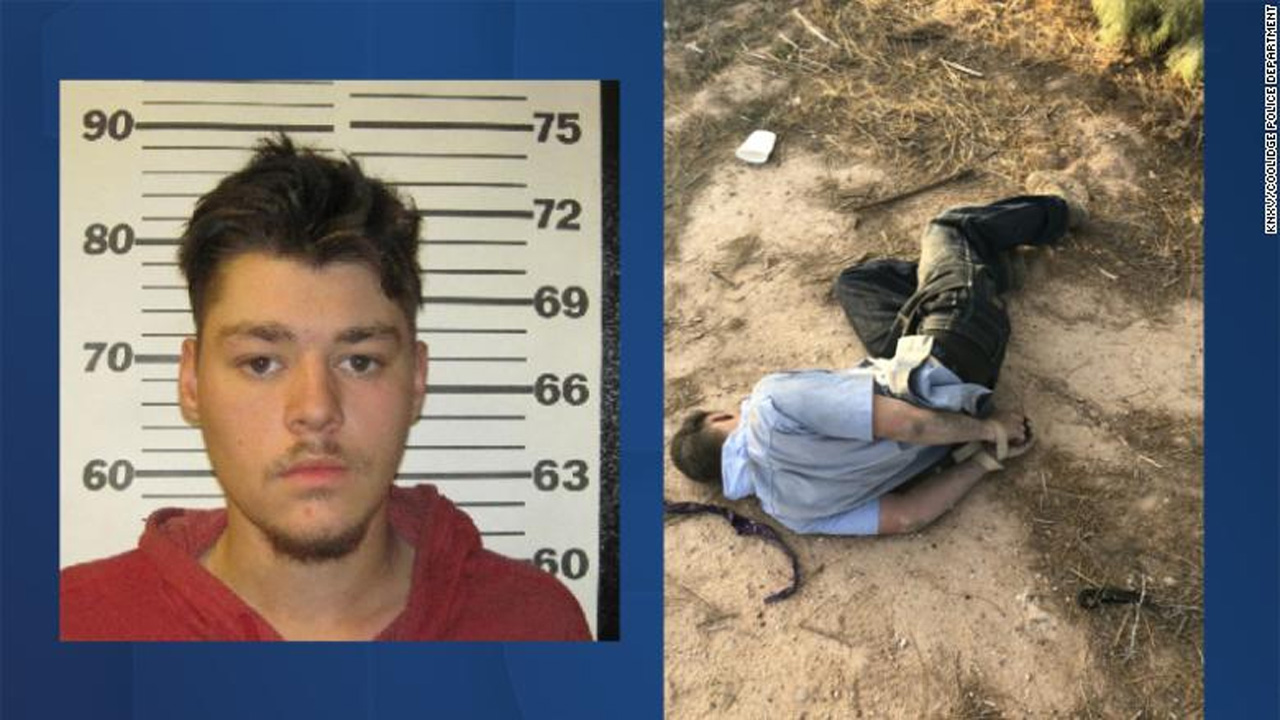 Brandon Soules, 19, was arrested for False Reporting and admitted during an interview that he made up the kidnapping story as an excuse to get out of work, police said.

The elaborate story, along with the slew of text message evidence he claimed to have, were all made up, police said.

"Coolidge Police Department detectives brought him in on the 17th of February and we questioned him. After we showed him all the information, he admitted that he fabricated the story because he didn't want to go to work," the police official said.

That's something Soules won't have to worry about anymore; police said he was fired from his job at The Tire Factory in Coolidge.

Police posted about the incident on Facebook to update residents:

"...a male subject whose hands were bound behind his back with a belt and had a bandana stuffed in his mouth. Initially, the subject reported to officers that two masked men kidnapped him, hit his head (knocking him unconscious) and drove him around in a vehicle before they left him in the area he was found. An extensive investigation was conducted by Coolidge detectives and evidence was discovered showing his story was fabricated and no kidnapping or assault occurred."

Soules was charged Feb. 17 with reporting false information. Police said he pleaded guilty to the crime.

"It was very important that we put out that media release to let people know that our community is still safe and there are not two masked men running about kidnapping people," police said.

Police said, on top of the fear, it was also a waste of resources, officers, fire, EMS, as well as the hospital that treated his self-inflicted wounds.