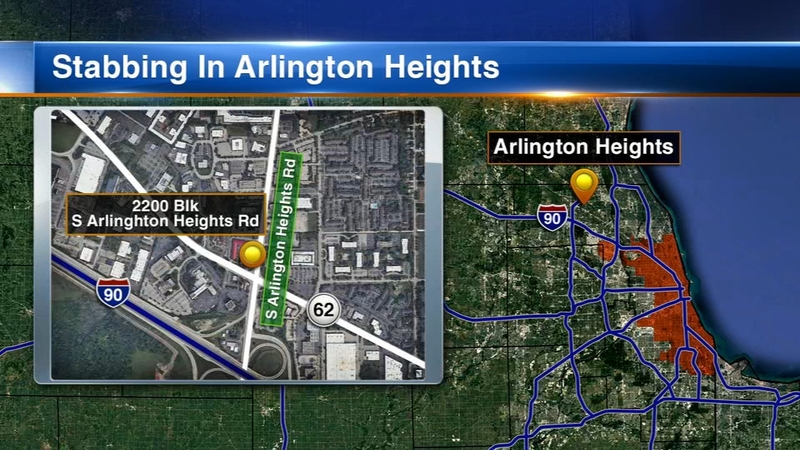 ARLINGTON HEIGHTS, Ill. (WLS) -- Two people were injured, one critically, after a report of a man with a knife at an Arlington Heights gas station Tuesday night, police said.

Arlington Heights police and fire crews responded just before 7:30 p.m. to a BP gas station in the 2200-block of South Arlington Heights Road for a report of a man with a knife and a man stabbed in the chest.

The man who was stabbed was critically injured and taken to a local hospital, where he stabilized, police said.

A second person was also cut and hospitalized, but he has since been released.

Several people left the scene of the stabbing before officers arrived, police said, and the suspect is not in custody.

However, he does not pose a current threat to the public, according to police.

This appears to be an isolated incident.

The incident spurred a large police and fire response, and officers are processing multiple crime scenes.