At least 32 people have been shot, 7 fatally, in weekend violence across Chicago
WLS
By Craig Wall 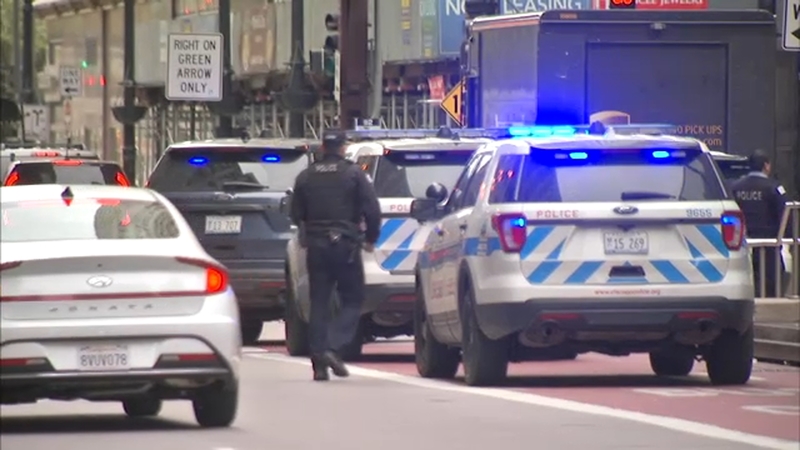 'They are safe': Mayor tries to reassure amid downtown safety concerns

However, she did concede that the city has to do more.

The rough weekend couldn't come at a worse time with a new push to get people to come downtown.

This week kicks off "Chicago Returns," a push by political and business leaders to get more workers to return to downtown offices.

The violence also carries with it potential political fallout for the mayor as she plots her reelection strategy.

"Obviously, not happy about this weekend," Mayor Lori Lightfoot said on the very day the city began promoting a plan to get more workers to return to their offices.

She tried to reassure people after a violent weekend.

"I'm not gonna rest, and I know the superintendent and the entire department shares my resolve that we've got to do more to give people confidence and make them feel safe because they are safe," she said.

Business leaders contend with the image of police and crime continuing to hurt Chicago's reputation and people's sense of safety.

"But downtown is really a very safe place. If you think about all of the people that are down here. The thousands and thousands of people -- a few incidents, as horrible as they are, you know, it doesn't make it bad for everybody," said Michael Edwards, president and CEO of the Chicago Loop Alliance.

The push for more people to return to the office is seen as part of the solution.

"Part of that, that safety is really just the numbers of people downtown, and you feel far more safe when you're on a street that's vibrant and alive. Then when it's, you know, kind of desolate and there's not many people around," said Kent Swanson, executive VP and CFO with Riverside Investments.

The mayor said the political considerations are not impacting how she addresses safety considerations, as she moves closer to her reelection announcement.

"I'll run on my record, I'll present that to the voters," Lightfoot said. "I feel very good about the accomplishments we're making today."

At an event to award $33 million in community development grants, Lightfoot heard chants for another term. She also dismissed polls suggesting she could be vulnerable.

Lightfoot also said Monday that she is pushing the CTA and police to improve safety on trains after three separate stabbings this weekend.

She added that she still has 100% confidence in Superintendent David Brown.