WLS
CHICAGO (WLS) -- A 27-year-old Chicago man was arrested in connection with an alleged sexual abuse and robbery that took place on a CTA Red Line train on Jan. 2. 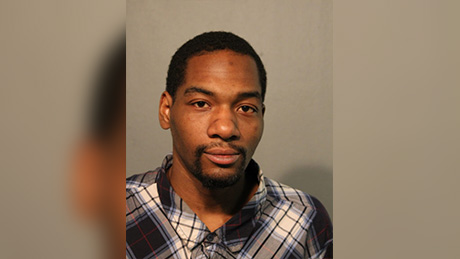 Chicago police arrested a man who reportedly sexually abused and robbed a woman on the CTA Red Line earlier this month.

A 24-year-old woman was riding a Red Line train at about 9:57 a.m. Jan. 2 north toward the Morse station near Rogers Park when a man exposed himself to her, police previously said.

The woman told police that when she tried to change rail cars, he struck her several times.

A pregnant woman says was attacked and robbed by a group of teenagers while riding a CTA red line train Sunday evening.

He then touched the woman inappropriately and demanded she perform an "inappropriate act," police said. The man got off the train at Morse after taking her belongings.

A 61-year-old man and another man who attempted to help him were beaten and robbed by a group of people Sunday night at a Red Line station in the Loop, police said. It was the seco

Police identified Jackson as the man in surveillance footage that was released in early January and arrested him about 9:25 a.m. Wednesday near his home in West Woodlawn.

The suspect in the robbery and assault was described as 20 to 30 years old, standing 5-foot-8 to 5-foot-10 and weighing 150-180 pounds, police said. He was wearing a dark-colored jacket with a Chicago Bulls logo on the front and back, a white colored hoodie, stone-washed blue jeans and brown work boots.

Jackson's arrest comes amid a series of Red Line attacks in the last month. Chicago police released a warning Wednesday about recent robberies on the Red Line that appeared to target young people.

Over the past year, over 1,300 crimes were reported on the Red Line, a nearly 12% increase from the prior year.
Report a correction or typo
Related topics:
chicagorogers parktheftassaultsex assaultrobberysexually assaultwoman attackedsex abusecta
Copyright © 2020 WLS-TV. All Rights Reserved.
RELATED