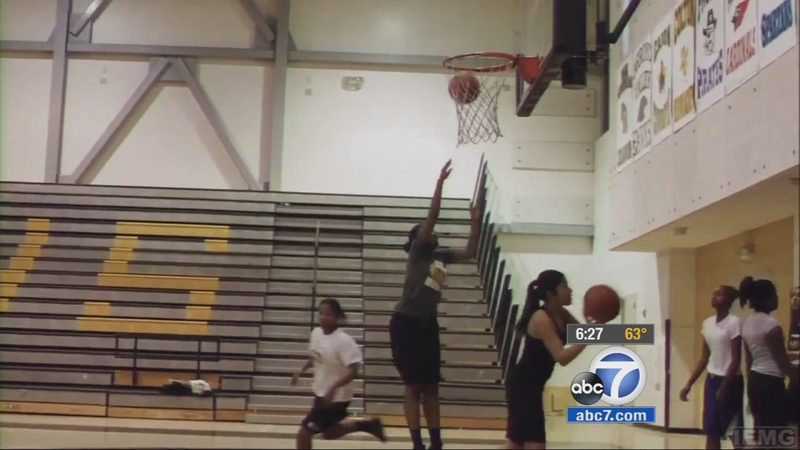 SAN BERNARDINO, Calif. -- The girls' basketball coach at Arroyo Valley High School in San Bernardino was suspended after his team won a game 161-2.

Coach Michael Anderson was suspended for two games after the victory against Bloomington High School on Jan. 5. Anderson's son coached in his place on Wednesday, and his team won 80-19.

School administrators are trying to seek rule changes at the CIF level that would allow a "running clock" to go into effect at any point during the game when there's a 40-point lead, instead of just the fourth quarter, which is the way the rules are right now.

The Arroyo Valley girls' basketball team is off to a great start this year, outscoring their opponents by 56 points per game. Bloomington has not won a game this year, but some parents say the 161-2 score is going too far.

Anderson said that he wasn't trying to run up the score or embarrass the opposition. His team had won four previous games by at least 70 points, and Bloomington had already lost a game by 91.

He says if he had it to do again, he'd have played only reserves after the first quarter, or, "I wouldn't play the game at all."

Linda Bardere, a spokesperson for the San Bernardino City Unified School District, said a meeting was scheduled with the principal. She said the school asked coaches to participate as well, "just to make sure there are no hard feelings and kind of to extend an olive branch and just to move forward and use it as a learning opportunity."

"They should feel sorry for his team, which isn't learning the game the right way," said Chung.

Katie Orloff, a spokesperson for the Colton Unified School District, released a statement, saying, "We need for the girls to move on and focus on something else. It's not constructive for us to make this an ongoing public dialogue."