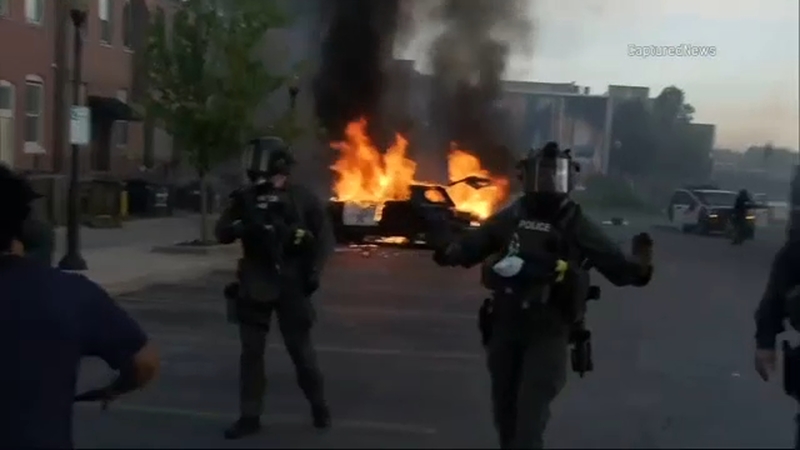 The Kane County State's Attorney's Office on Friday announced the felony charges against 11 individuals for their alleged criminal conduct during demonstrations relating to the death of George Floyd in Minneapolis.

One of those charged is accused of setting fire to an Elgin police cruiser. Almost all of those arrested are from Aurora.

The city lifted its curfew for Friday night, and plans to make a decision about Saturday night's curfew later on.

"I, too, am disgusted at the actions of former Minneapolis police officer Derek Chauvin and the three Minneapolis officers who watched him kill Mr. Floyd. Our nation was founded on protest and I expect that the protests will continue until we see meaningful change," said Kane County State's Attorney Joe McMahon in a statement. "However, the individuals named in this statement were more interested in mayhem. Some of these defendants are from outside the communities they vandalized and some are alleged street gang members."