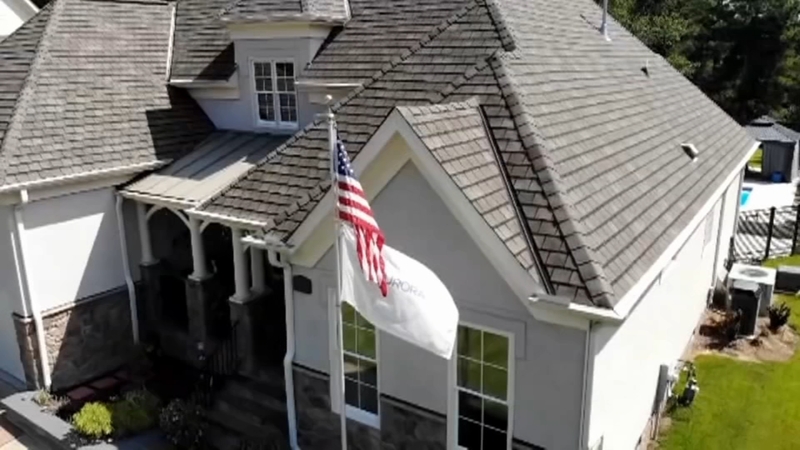 A mother who lost her son to a workplace shooting several months ago is now battling with her homeowners association over her right to fly flags in his honor.

Clayton Parks, 32, was among four employees shot and killed in February at a valve manufacturer in Aurora, Illinois, by a former co-worker who had lost his job.

In May, Parks' parents erected a 20-foot flagpole in the front yard of their North Carolina home to fly an Aurora Strong flag and an American flag as tributes to recent deaths the family has endured. They lost another son a few months before Parks and have several family members who have served in the military.

But their homeowners association says the flagpole violates community rules and is threatening to fine them up to $100 a day if they don't take it down.

"It's unbelievable to me that the property management company can be so cruel and disassociated," Parks' mother, Leslie Kendra told CNN. "I hope that no one goes through the loss that we have and has to beg to put flags in their yard."

Kendra said she was given the Aurora Strong flag by FlagSource, a local company. She called them and asked about buying one of the flags, but once the company found out she was Parks' mother, she said they sent her one for free.

When the flag arrived, Kendra and her husband installed the flagpole and hung the two flags.

But in September, four months later, Kendra said her husband got an email from their homeowner's association, Professional Properties Management, saying the flagpole is in violation of community rules and calling for a hearing.

Professional Properties Management says that according to its bylaws, the family needed prior approval before installing the flagpole, something Kendra had not done.

"Neither the Porto Fino Board of Directors nor PPM has at any time communicated with the Kendra family any intent to limit their ability to display either the United States Flag nor the Aurora Strong flag referenced in honor of their son," Matthew Leffler, managing partner at Professional Properties Management, told CNN affiliate WRAL.

It's unclear how the flagpole was brought to PPM's attention.

"We wake up every day thinking about our sons," Kendra said. "I honestly believed that if I just called the homeowners association and submitted a retroactive architectural application for the flagpole, that it would be resolved."

Kendra doesn't understand who would take issue with the American flag or the Aurora Strong flag. She said she's had conversations with most of her neighbors and they are all shocked.

"All the neighbors have said sorry to me for what we have been through," she said.

In a letter from Professional Properties Management to Kendra, dated Sept. 26, the board said the flagpole needed to be relocated to a different part of the family's yard and could be no more than 15 feet tall. The letter said Kendra has until October 26 to remove the flagpole from her front yard or the fees will start.

"We appreciate you retroactively submitting an application for your flag pole to go through the required architectural process," the letter read.

"Due to not receiving the application before the flag pole was installed, the Board of Directors was unfortunately unaware of the passing of your son and the intent to honor him with the flags and did not have the opportunity to respond accordingly. The Board would like to extend their sincerest condolences to your family for your loss."

The homeowner's association's letter said the flagpole must be relocated to the side yard left of the house. But Kendra says that isn't a feasible solution because there is an irrigation system in that area.

The letter also said that if the flagpole is moved the Aurora Strong flag can be flown until Feb. 16, 2020. After that date, the association said, the flag may only be flown each year on February 15 -- the anniversary of the warehouse shooting. The letter said the American flag can remain displayed all year as long as it remains in good condition.

The flags' manufacturer supports Kendra's efforts to fly the flag.

"We feel she should definitely be allowed to display the flag as a way of expressing her grief and memory of her son," FlagSource President Janice Christiansen told CNN.

After reading online about people experiencing similar issues, Kendra said she feels it's important to keep fighting. Neither she nor her husband want to take the flags down, but they fear they may not have another option.

"We're being forced into a lot of decisions that we don't want to make," she said.