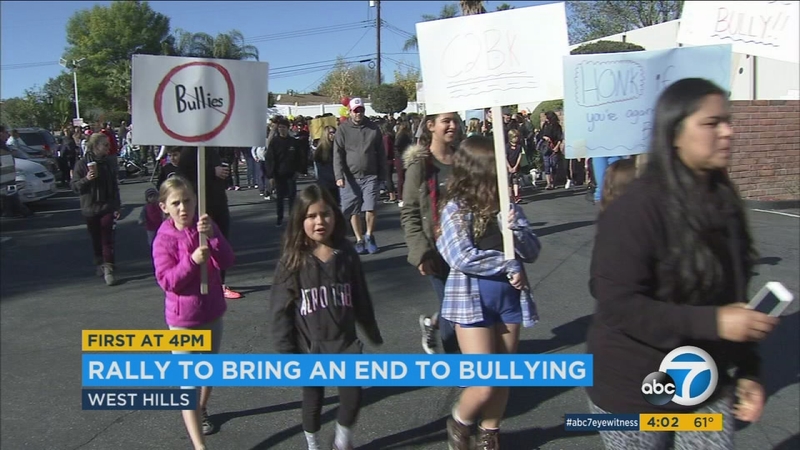 LOS ANGELES -- Hundreds of people gathered in West Hills on Saturday to rally against bullying and show their support for a teen whose brutal beating was posted on Snapchat.

Jordan Peisner, 14, was sucker-punched outside a West Hills fast-food restaurant by a teen he didn't know. He fell to the ground and suffered severe injuries to the head, including a fractured skull, bleeding on the brain and a ruptured eardrum.

The devastating attack was captured on cellphone video and posted on Snapchat. Police later said the girl who recorded the cellphone video was not involved and tried to stop the incident.

Jordan's little sister and classmates say students who witness someone getting bullied need to intervene and report it to an adult.

Peisner's family said they were thankful for the strong show of support.

The teen who punched Jordan was arrested for felony battery.