Bill, Hillary and Chelsea Clinton speak to future leaders at the University of Chicago 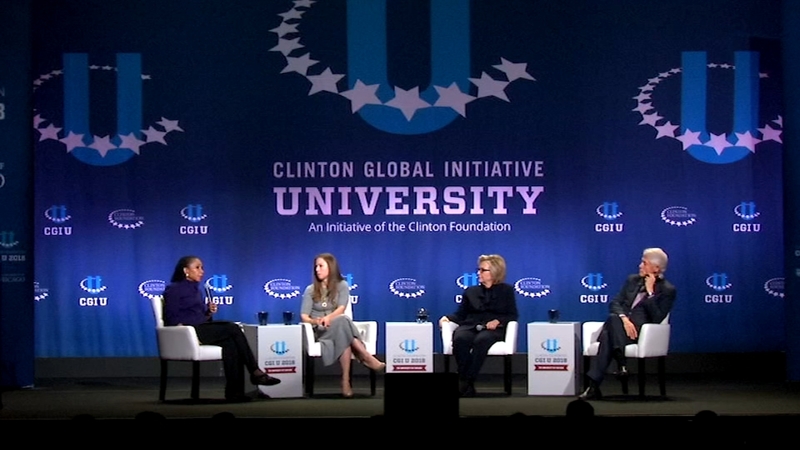 Clintons speak to future leaders at the University of Chicago

They spoke to a group of future leaders - more than 1,000 students participating in the CGIU event at the University of Chicago.

The Clintons sought to inspire the next generation of civic leaders, while also addressing the current political divide in the country. Their visit comes less than three weeks before the midterm elections.

"We see a constant attack on facts and evidence and reason and truth and alternative reality, approach. There is no such thing as an alternative fact," Hillary Clinton said.

Much of the evening's conversation revolved around the current mistrust in political institutions and established science.

"There's a battle going on and it's good to be an advocate. There are a lot of things to be upset about. But the best way to win an argument is to exemplify the change you seek," Bill Clinton said.

CGIU wraps up Sunday with students participating in a Day of Action, performing community service projects around the city.