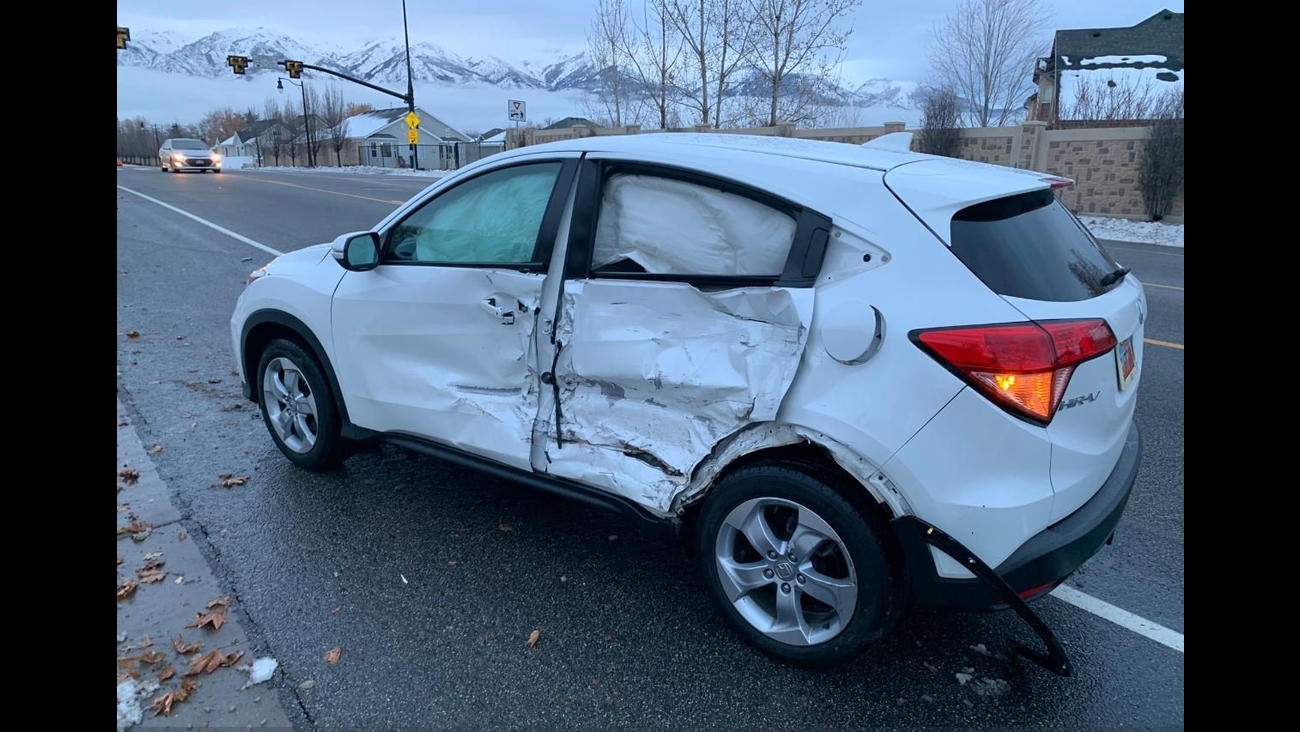 LAYTON, Utah -- Police say a teenager participating in the latest viral challenge is responsible for a crash on Layton Parkway and will face reckless driving charges.