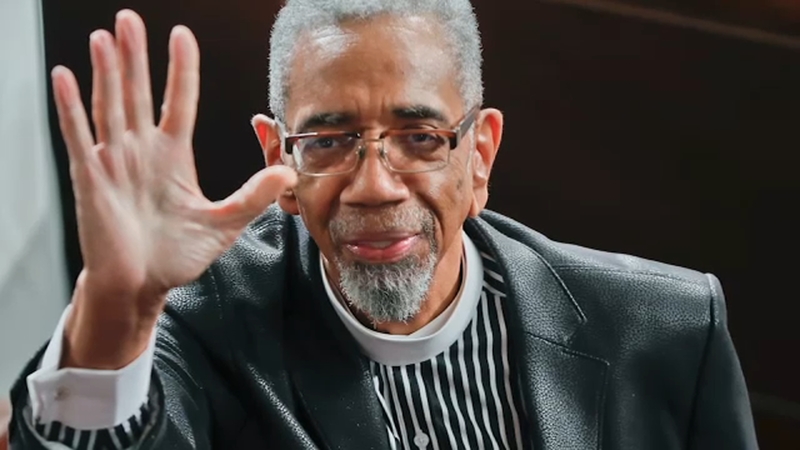 The powerhouse Democrat made it official Tuesday morning after 15 terms in office.

After nearly three decades in Congress, I have been reassigned. While I will not be running for a 16th term, let me make it clear that I am not retiring — I am returning.

It's been 30 years since the 1st congressional seat in Illinois has been open.

Rush made the formal announcement at Roberts Temple Church of God in Christ, which famously hosted Emmett Till's funeral in 1955. Rush introduced the Emmett Till Anti-Lynching Act HR 55, which was passed by the House of Representatives in December.

Rush, whose vocal cords were damaged by throat cancer surgery 13 years ago, was joined by two dozen other democrats in Congress who are not running for reelection.

"I'm not leaving the Congress because of any fear about the outcome of the midterm elections," he said.

But the woman who ran Rush's first campaign for congress back in 1992 says this announcement it not surprising for the 75-year-old statesman.

"What he probably decided is he did not have another tough race in him at this point in his life. And you know, and why should he at this point? I think it's he's doing the right thing. Go on your own terms," said political consultant Del Marie Cobb.

Rush first took office in 1993. His district represents large portions of Chicago's South Side, as well as some south and southwest suburbs.

The end of his 30-year congressional career could usher in a new suite of leaders from the South Side.

"The Illinois Democratic Party worked very hard to protect his seat, to make sure his seat was still predominantly African American in the redistricting process, so obviously he's an important asset to the party, and it will remain in Democratic hands no matter who runs," said ABC7 Political Analyst Laura Washington. "It's very rare, particularly in the African American community, to have this kind of opportunity. So there's gonna be a real groundswell of people. There's already five or six people who've already declared against Rush. You're gonna see many more looking at it."

Rush has had health battles over the past few years, and on New Year's Day took to Twitter to thank well-wishers offering support in light of a recent COVID diagnosis.

Rush was a founding member and former chairman of the Illinois Black Panthers and a prominent civil rights activist.

Ten years ago he took to the House floor in a hoodie to demand justice for murdered Black Florida teen Trayvon Martin.

He reflected on his political start as a member of the party but said at that time he never expected to live to see age 30, much less 30 years in Congress.

"In some sense the spirit of the Black Panther Party is still alive and well in me," Rush said.

He is also a preacher and the only person to beat Barack Obama in an election -- the 2000 Democratic primary for Illinois' 1st District.

"He was beloved for that, and you don't take on someone like that and expect to win," Washington said.

He is expected to serve out the rest of his term in 2022 until a new representative is sworn in in 2023.

A ferocious political contest will now likely unfold in the 1st District for the Democratic nomination after Rush's 15 terms.

"There is going to be a huge amount of interest in that seat," said Washington. "There are people who have run against him in the past who failed. Some of them are going to be looking at this very carefully."

Rush said he plans to remain in public life, returning to his family and his church.

"I will remain in public life, in public service fighting for equity and justice for and within my community," he said.

Now, the community is reacting.

"I think it's a good thing," said constituent Mark Harris. "He served the community well, and it's time."

WATCH: US Rep. Bobby Rush announces he will not run for reelection

US Rep. Bobby Rush announced Tuesday he will not run for reelection.

"I'm glad to hear he's retiring. It's about time. When Obama ran against him, I didn't vote for him. I voted for Obama," they said.

Congresswoman Robin Kelly, chair of the Democratic Party of Illinois, reflected on his devotion to civil rights, saying he cared deeply about the progress of the African American population, jobs and justice.

"Definitely an activist when it comes to gun violence prevention, which is something near and dear to my heart, you know, so I think he'll leave many things for people to really think about, what he's contributed to as the congressman for the 1st district," she said. " I think that people will certainly see a fighter, a warrior, someone who cares deeply about the plight of African Americans, you know, for sure."

Rush said he will miss the camaraderie of his colleagues, but not the political climate.

He said he will announce an endorsement for a successor in the coming weeks, in what is expected to be a crowded field. The list of declared or perspectives candidates to replace Rush includes numerous aldermen and state elected officials and some community organizers.

Candidates can begin circulating petitions next week, but winning the June primary will require money and organization. Rush said he believes by going out on top it will give his endorsement significant weight.