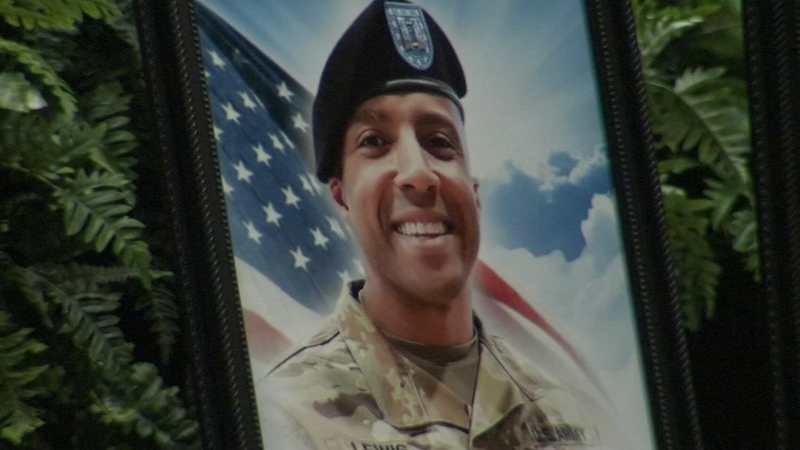 MATTESON, Ill. (WLS) -- A community came together to remember a south suburban Army captain, who died in the Ethiopian Airlines Boeing MAX 737 crash in March.

U.S. Army Captain Antoine Lewis from Matteson lived with no fear, according to his loved ones.

Lewis joined the Army in 1997. He was promoted to captain in 2015 and was stationed in Afghanistan and South Korea.

His wife, Yalena Lopez-Lewis, always trusted his vision for life.

While on a mission trip earlier this year, Lewis was on board a plane that went down just minutes after take-off in Ethiopia, killing 157 people.

His loved ones waited for months for his remains to say their goodbyes.

"The beauty and the wonders of his life have come to a beautiful celebration," his mother, Antoinette Lewis, said.

His father, Rodney Lewis, described Antoine as "a brave young man," while his brother, Rodney Jr., called him "inspiring."

"If there's anything I want to share with you all today is spend that time being happy and grateful, praising God with one another, so that you don't have to look up and it's too late and you don't have any more time with someone you love," said Antoine's sister, Antoinette Lewis.