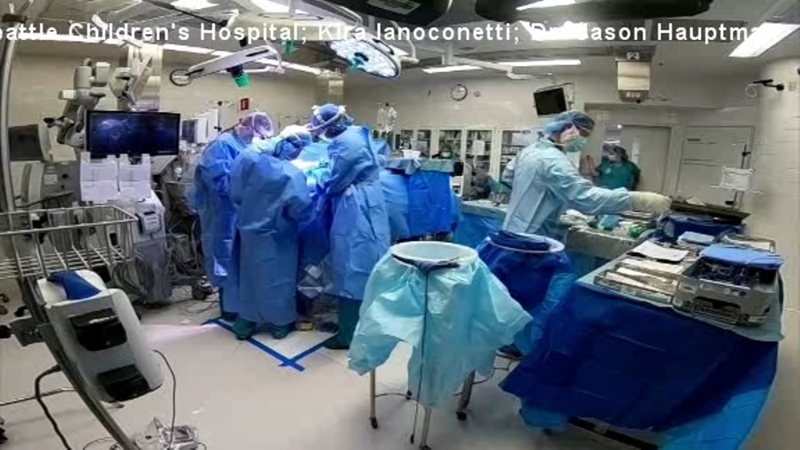 Doctors removed a tumor from the brain of a teenager, but in order to preserve her musical talents, she had to be awake and singing the whole time.
"I think it's funny that for my passion, I had to perform my passion while getting brain surgery," the patient, Kira Iaconetti, told KIRO.

Iaconetti, now 19, tells KIRO that she has been performing in musical theater since she was six and hopes to make a career of it.

But four years ago, the Washington state teenager started experiencing short episodes when she would sing or listen to music.

"All my energy is zapped, it's all gone," Iaconetti said of the condition, which she ignored it for a while. "It started to hit me over the years that this could happen on stage."

It turned out Iaconetti had a rare form of epilepsy that triggered seizures when she listened to or performed music. An MRI revealed a marble-sized mass in the right temporal lobe of her brain.

Not only that, Hauptman also suggested an "awake craniotomy" where Kira would have to sing so he could map out areas of her brain to protect.

"Because it's not enough for her just to sing, I need to know if she's singing in a way that's deviating from the way she should be singing," Hauptman said.

Kira was on board.

"If this is what it takes to keep my career going and get out of my tiny town, then sure, go for it," Iaconetti said.

Her song of choice: "Island in the Sun" by Weezer.

"She performed flawlessly... really a performance of her lifetime," Hauptman said.

Three months later, Iaconetti said she feels back to normal. She still hasn't returned to the stage, but she is making progress.
"I feel like i'm not quite at what I know I can do, but getting there," Iaconetti said.

Iaconetti said she was glad her story has caught the attention of others.

"I've seen a lot of other people say that they've had something very similar to this, and this made them speak out and figure out what it was," Iaconetti said.

Weezer even tweeted about her and sent her tickets to the April show in Vancouver.

But most of all, she's full of gratitude for Dr. Hauptman, who not only successfully removed the tumor but gave her a second chance at what she loves.

"I was in shock that he even cared that much to preserve that," Iaconetti said.