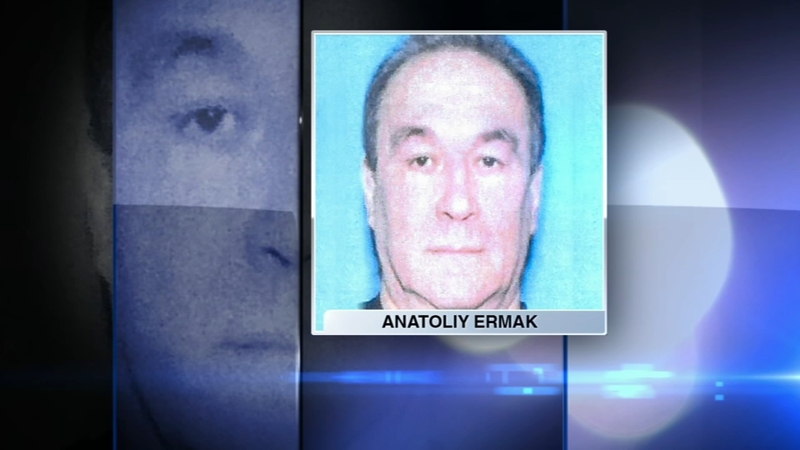 BUFFALO GROVE, Ill. (WLS) -- The suspect in the shooting of a husband and wife at an apartment complex in Buffalo Grove last week has died, police said Monday.

Police said Anatoliy Ermak shot himself during a standoff in Edina, Minnesota Friday night. Police responded to the apartment complex after residents reported spotting the vehicle Ermak was believed to be driving.

Officers attempted to talk to the driver, later identified as Ermak, before he shot himself, police said. He was transported to a hospital in critical condition and died Monday morning, police said.

Police were sent to a parking garage of a building in the 150-block of Lake Boulevard at about 11:30 p.m. on November 17 after a resident saw two people unresponsive near a vehicle with blood on the ground.

Police said surveillance video shows the suspect followed the victims' car into the garage on foot. The victims got out of their car at about 8:15 p.m., the shooter approaches them and they have a brief conversation before he shot them multiple times. Video shows him flee the scene on foot, police said.