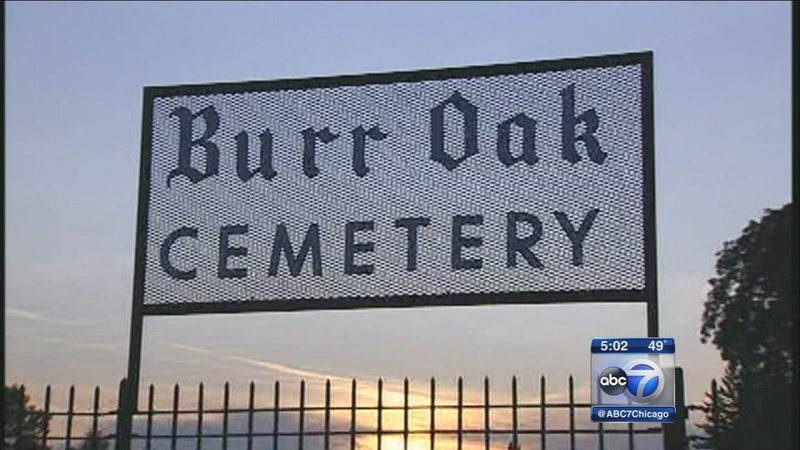 BRIDGEVIEW, Ill. (WLS) -- The sentencing of brothers Terrence and Keith Nicks for their roles in the desecration of bodies at Burr Oak Cemetery was delayed on Tuesday.

Last month, the two were found guilty of digging up graves and desecrating human remains at the Alsip cemetery.

In 2009, the scandal uncovered gross mismanagement at the historic cemetery, where hundreds of bodies were misidentified and buried on top of each other. FBI agents said 1,500 bone fragments belonging to at least 29 people were found during the investigation.

"I do not know where my father is," Cynthia Patterson said. She's one of several people who have loved ones buried at the cemetery who wanted to see the Nicks sentenced.

Prosecutors are asking for the judge to sentence the men consecutively, which would give a maximum 15 year sentence, rather than 7 years if allowed to serve consecutively.

"Society expects the court to lock both of these defendants up and throw away the key," Prosecutor Nick Trutenko told the judge. However, he said, the law doesn't allow that.

Terrence Nick's wife testified that her husband is innocent.

"I want my husband to come home. He does not deserve to be here," Chandra Nicks said.

The former head of the NAACP said he believes the Nicks were framed.