'Mama, I got shot': Community reeling after teen killed in drive-by shooting at school bus stop 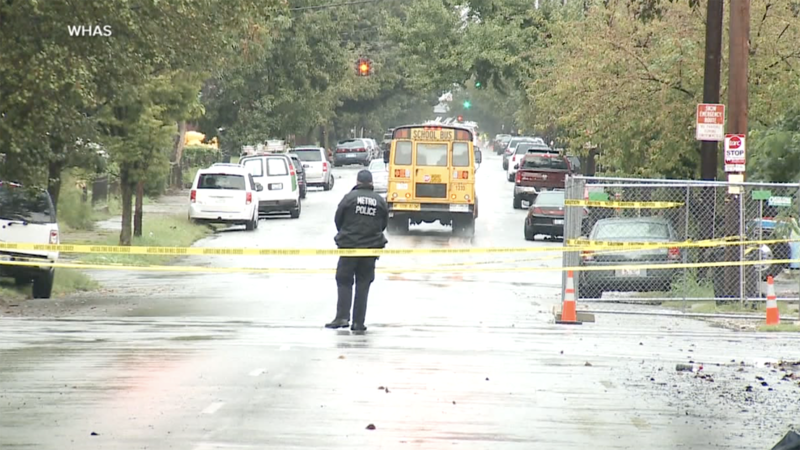 LOUISVILLE, Ky. -- A 16-year-old boy was killed and two other children were hurt in a shooting at a school bus stop in Louisville, Kentucky, Wednesday morning, according to police.

The three children were waiting for a bus when they were shot in a drive-by at about 6:30 a.m. local time, police said.

"I had to hold a little boy's wound today and tell him he's gonna be OK," Mark Pence, a witness to the shooting, told WHAS-TV.

Police are looking for the occupants of a grey Jeep they say was in the area at the time of the shooting.

The boy who died was identified as Tyree Smith, a junior at Eastern High School.

"My child is 16 years old. He got great grades, he got a strong family background ... So what am I supposed to do when I guide my son down the right path and he gets killed and hurt by senseless violence?" Tyree's mother, Sherita Smith, said during a vigil Wednesday evening.

Sherita Smith said she spoke to her son over the phone moments before his death.

Wednesday's violence is the latest symptom of a nation experiencing a dramatic spike in shootings that began two years ago.

Just two weeks ago, a 3-year-old boy was fatally shot in his Charlotte, North Carolina, home after more than 100 rounds were fired.

This marked Louisville's 145th homicide of the year, officials said.

Shields said the city is tackling gun violence and "getting violent felons off the street daily." However, she added, "the availability of illegal guns is just so widespread. "