Skokie's Bushra Amiwala is the youngest Muslim elected official in US 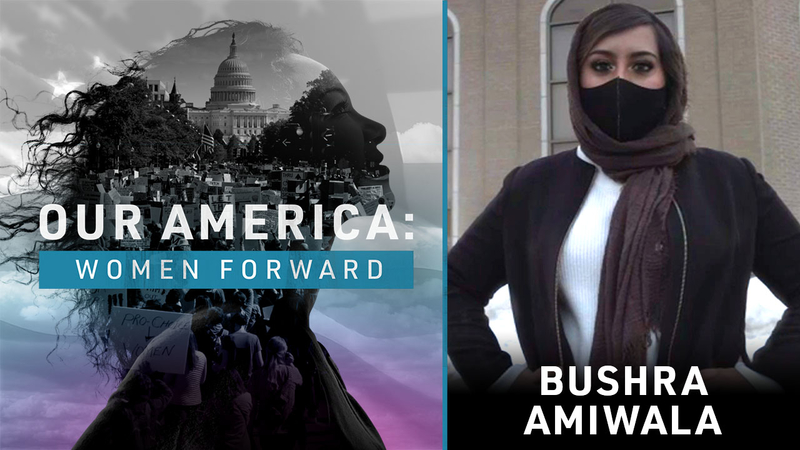 SKOKIE, Ill. (WLS) -- Bushra Amiwala became the youngest Muslim to hold office in the United States when she was elected to a Skokie school board at age 21. And that's just the start.

Amiwala is a daughter of immigrants and a rising politician. In 2018, she lost a primary race for Cook County Commissioner, but her parents' support did not waver. It was her first time running for office.

She said her family has been a continuing source of inspiration for her to move forward, especially her father, who immigrated to the U.S. from Pakistan.

In April 2019, she decided on her second run and this time, victory. She was elected to serve on Skokie School Board 73.5, becoming the youngest Muslim elected official in America at age 21.

"Be the change you want to see in the world," Amiwala said. "You have the power to make a difference in your own life, the lives of so many others in your community, and dream big!"

And she is; her dream is to one day represent the Chicago area in the U.S. Capitol.

"I would personally love to be in Congress one day. And to me, it would be the most fulfilling and gratifying experience," she said.

So with her faith and her family, she's still on her journey, traveling a road that may one day lead to a higher political office and a chance to serve others.

"This is just the beginning for me," she added. "I've just gotten started."

"Our America: Women Forward" is special series celebrating women across this country through stories of their perseverance, resilience, triumph, hope, achievement, strength and power. We will break down the disparities that challenge progress and the systemic sexism at the root of it all. You'll meet mothers, daughters, sisters and friends; innovators, teachers, gamechangers, power players, explorers, athletes and everyday heroes. The stories will begin to air on Eyewitness News at 4pm on March 8 and will culminate in a one-hour documentary that will air Saturday, March 13.

Stream the documentary on your TV