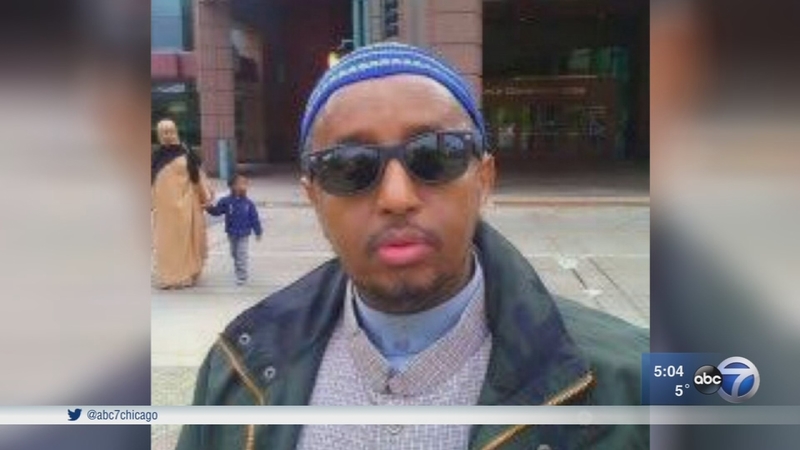 BLUE ISLAND, Ill. (WLS) -- A funeral was held Wednesday for a Chicago cab driver who was found dead in his car on Christmas Even in south suburban Blue Island.

The death of Ismail Abdulle, 54, was ruled a homicide. Police had not made an arrest Wednesday night.

Meanwhile, his family and friends said goodbye on Wednesday. He was a beloved member of the Chicago Somali community.

"He was one of the honest, very good guys," said nephew Omar Mohamed. "We'll miss him a lot. We lost one of the good guys."

Abdulle had been in Chicago for 10 years, his family said. They describe him as a kind person who would sometimes help people out by giving them rides for a discounted fare, or no fare at all.

He is survived by a wife and five children, the youngest is 13. They live in Kenya and he would visit them regularly.

His family is trying to piece together what happened.

Before he was found dead, Abdulle was robbed in Chicago. The Cook County Medical Examiner's Office said he died of multiple injuries from an assault.

Abdulle's relatives say he was beaten severely on the face and head.

"Take whatever you want. Why kill him?" said sister Barlin Abdulle.

Mourners filled the Muslim Community Center on the Northwest Side on Wednesday.