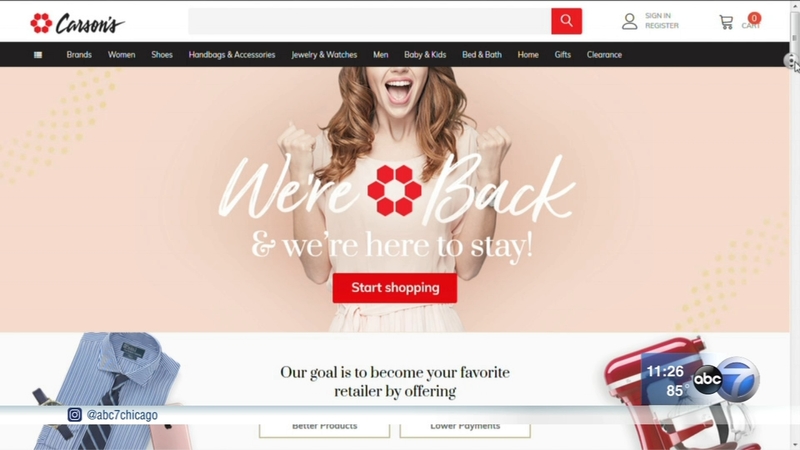 Carson Pirie Scott department stores closed down Aug. 29, but has returned online after the company was sold to an Indiana-based technology firm.

The store, also known as Carson's, launched its online site at www.carsons.com on Friday after a bankruptcy court judge approved the sale of Bon-Ton to CSC Generation.

Carson's is now in discussions with landlords about re-opening some stores in Illinois and rehiring former associates. The company also hopes to re-open stores in Wisconsin, Minnesota, Colorado and Pennsylvania in time for the holidays.

The Chicago-based department store chain was founded in 1854. Liquidation sales had been underway since April, when parent company Bon-Ton told a bankruptcy court that it failed to find a buyer.

The flagship store was once on State Street, along with Marshall Field's, Sears and Montgomery Ward.

"Stores will serve as an extension of e-commerce, with extended hours from Thursday to Sunday and fewer hours during the workweek. Additional services - ranging from personal styling to interior design - will be provided in store and online, as well as more flexible ways to pay through Bon-Ton's new store card and lease-to-own service," said Jordan Voloshin, CSC Generation co-president, in a statement.