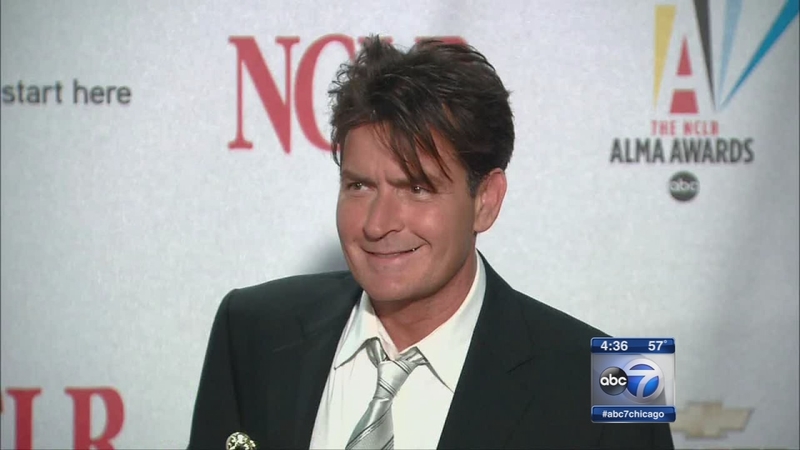 CHICAGO (WLS) -- Actor Charlie Sheen says his partying days are over after making the stunning revelation that he is HIV positive. He says the diagnosis inspired him to turn his life around.

Sheen greeted fans outside before playing a one man show at the Chicago Theater four years ago, shortly after he was fired from his role on the CBS comedy "Two and a Half Men." And apparently around the time he learned of the HIV diagnosis he disclosed to the world on the "Today Show."

Sheen has already reportedly settled a number of potential lawsuits from former sexual partners, but legal experts predict many more are on the way. Illinois and California law makes it a crime to intentionally expose a sexual partner to HIV.

Sheen's doctor say he is in good health right now. Dr. Krutika Kuppalli at Loyola University Medical Center has worked with AIDS patients in Africa, where HIV is an epidemic, and says patients who are diagnosed early in this country are much better off.

"It is not a death sentence anymore, and that is most important thing for people understand and realize," Dr. Kuppali says.

Doctors say the notoriety and attention Sheen's announcement could have a positive impact if it convinces more people to get tested. Doctors say between 20 and 25 percent of people who are HIV positive don't know that they have the virus.