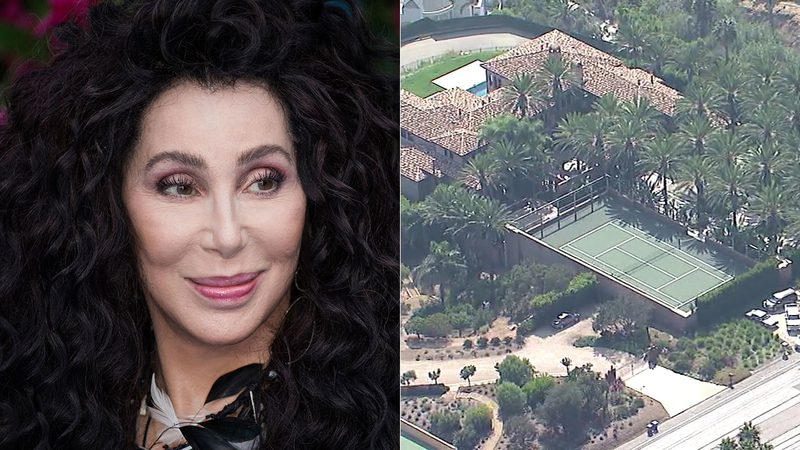 MALIBU, Calif. -- Authorities served a search warrant at Cher's Malibu home Thursday and a man there was arrested on drug charges, Eyewitness News has learned.

Sheriff's deputies from Ventura County served a warrant at the home in relation to a two-week narcotic investigation. They arrested an individual identified as Donovan Ruiz, 23. His connection to Cher was not immediately known, but he was believed to be living at the residence.

Officials say Ruiz was wanted in connection to fentanyl sales in Ventura and Los Angeles counties.

They say he has sold to multiple users in Ventura County, and that one of them, a Thousand Oaks resident, died after consuming the drug.

Officials say Ruiz is facing a felony drug charge and could face additional charges related to the overdose death.

He was being held on $500,000 bail and is scheduled to be arraigned Monday at Ventura County Superior Court.