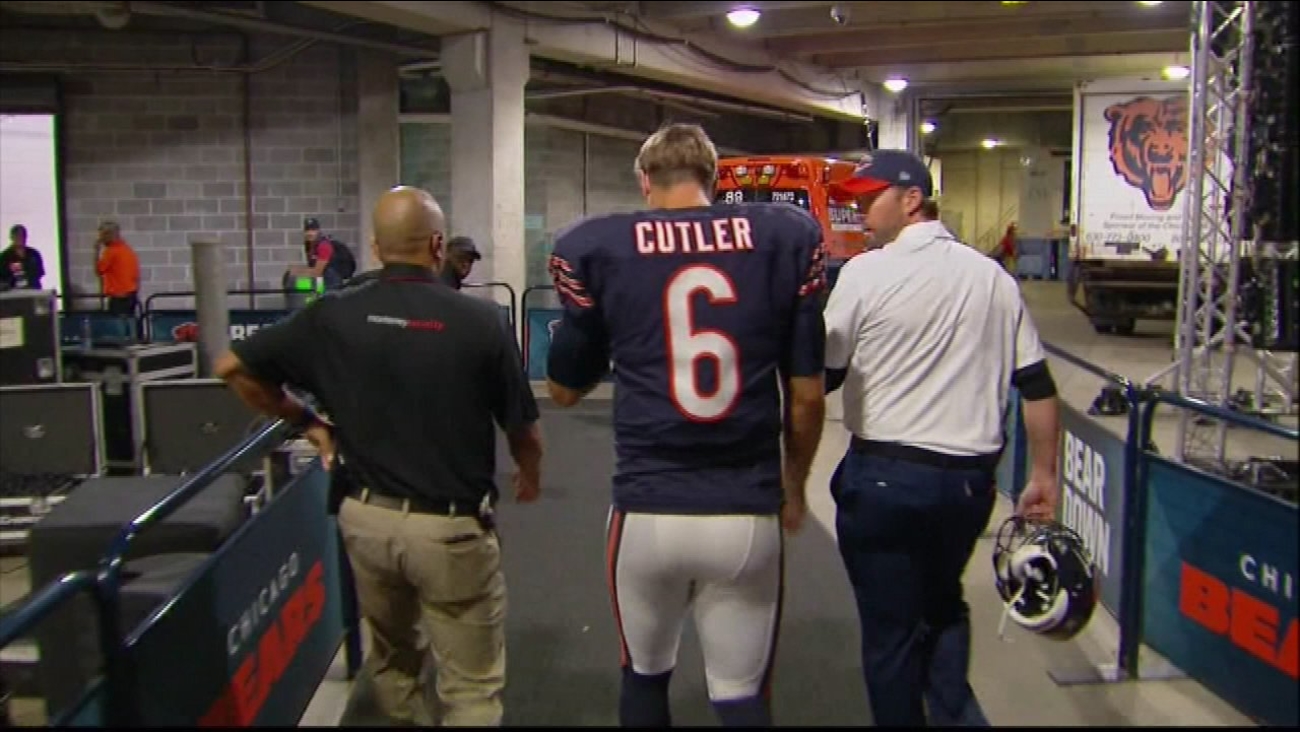 CHICAGO -- Chicago Bears quarterback Jay Cutler left the field in the second half of their game against the Philadelphia Eagles with an injury to his throwing hand, team officials said.