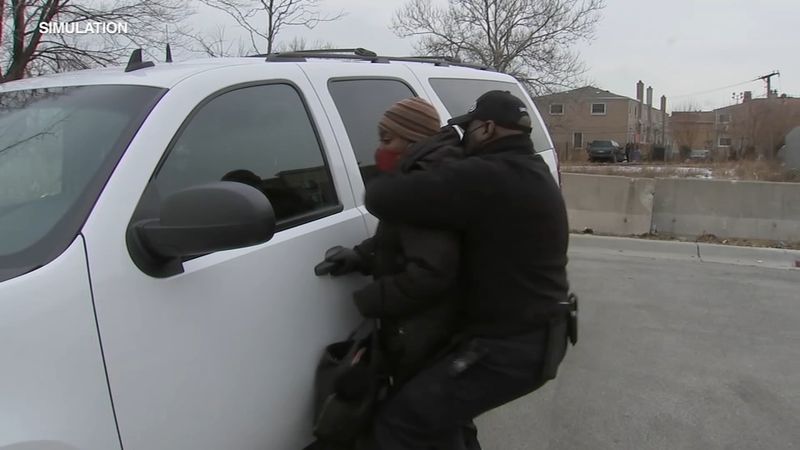 Carjacking tips: What to do if you're approached by a carjacker

CHICAGO (WLS) -- A 17-year-old boy has been charged in a pair of carjackings over the weekend, Chicago police said Monday.

The first carjacking occurred in the first block of South Oakley Boulevard at about 3:33 p.m. on Saturday. Police said the victim was pulled from her black Audi Q5 and kicked and punched before three suspects fled in the Audi.

The woman was treated and released at the scene.

RELATED: Carjacking safety tips: What to do if you're approached by a carjacker

Police said the Audi matched the description of an SUV used in a carjacking that occurred at 9:10 p.m. Saturday in the 3900-block of South Vincennes Avenue.

Later on Saturday, a 17-year-old was seen getting out of an Audi matching the description of the one involved in the carjackings in the 7500-block of South Vernon Avenue and was then taken into custody, police said.

The teen has been charged with two felony counts of vehicular carjacking and is expected to appear in juvenile court Monday.