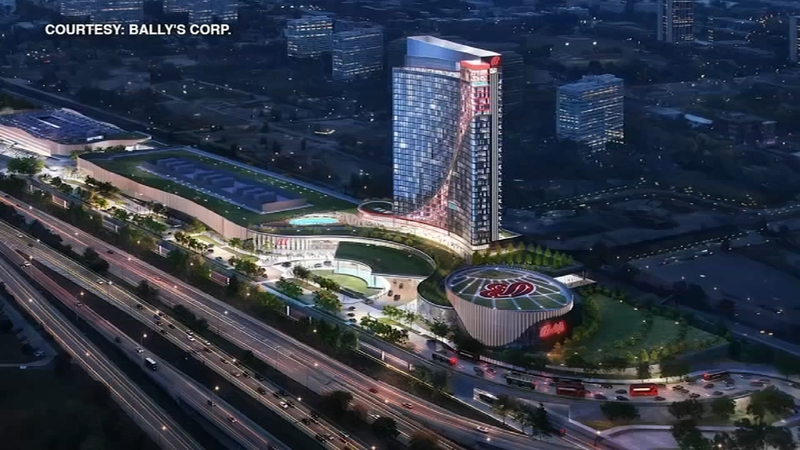 CHICAGO (WLS) -- On Tuesday, Chicago kicks off a series of three meetings about proposed casinos in different parts of the city.

Tuesday night's event is at the Harold Washington Library.

This first meeting comes as there's strong community opposition to each of the sites, including some aldermen reportedly voicing their concerns.

Each bidder will give a presentation and provide an opportunity for residents to ask questions and share feedback.

An estimated $200 million in annual income for the city would be earmarked for pension debt, stemming from a casino.

"It's important we think that we don't rush this decision and take the proper time to vet this properly to have a robust community engagement process," said Armando Chacon, co-chair of the 78 Community Advisory Council.

Chacon said their survey of residents found many with concerns about the project.

Rivers 78 is the plan for a casino on the 60-acre site that stretches from South Loop to Chinatown along the Chicago River.

Some in Chinatown would welcome a casino nearby, especially after a difficult couple of years for restaurant and business owners.

"I think everything is toward a good direction," restaurant owner Kenny Yang said, "especially when we look at the design of the 78 Project, I think it will connect Chinatown, downtown and the world."

Tuesday through Thursday, each night from 6 to 8 p.m., the city will host these community engagement meetings for the three casino finalists.

The first one will focus on the Hard Rock proposal, and will be hosted at the Harold Washington Library.

The second one is Wednesday at the Tribune Publishing Plant and will focus on the bid for "Bally's Tribune."

And the final one is planned for Thursday at the Isadore and Sadie Dorin Forum, which will focus on the "Rivers 78" bid.

A special committee of aldermen will make the final choice, which is expected to be announced this summer.

Here are this week's meeting locations: