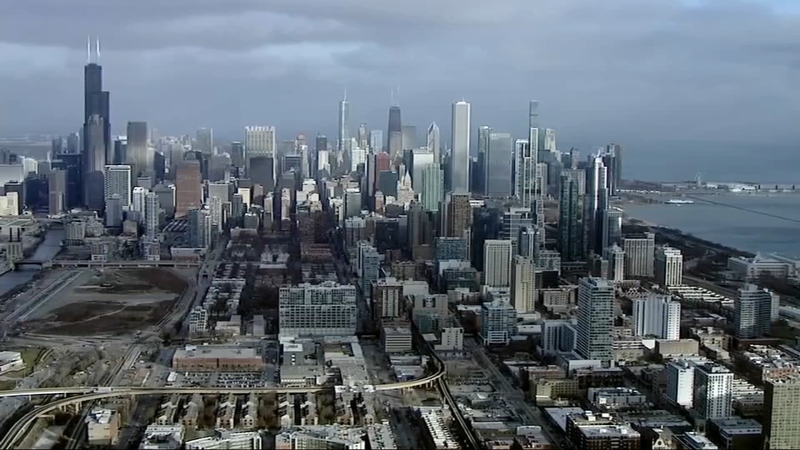 CHICAGO (WLS) -- As the number of reported cases of COVID-19 continues to rise in Chicago, Mayor Lori Lightfoot warned that any further reopening plans are in jeopardy if that trend does not change.

The spike that the mayor and public health commissioner have been talking about this past week is now getting worse, and could dash hopes for easing restrictions just as the weather is getting nicer.

The upward tick in COVID cases is being driven by young people on the city's North and Northwest Sides, officials say, and is cause for growing concern.

"We have over 400, almost 500 cases as of today, that's a quantum leap from where we were even three weeks ago," Mayor Lori Lightfoot said.

But as the weather improves and more people grow weary of COVID restrictions leading to risky behavior such as bar crawls, the mayor issued a warning Wednesday about the upward trend in new COVID cases.

"That's concerning and that's obviously dictating that we have to proceed with caution as we open up," Lightfoot said. "We're not going to see anything more significant on the reopening front until we see those numbers stabilize and start to come down."

Lightfoot said she is excited about opening two new mass vaccination clinics on the South Side at Chicago State University, and on the North Side near Wrigley Field.

A "quantum leap" in COVID cases in Chicago is putting the city's reopening plans on hold until cases get back under control, Mayor Lori Lightfoot said.

On Monday, the city opened eligibility to Phase 1C, including remaining essential workers, and accounting for 84% of Chicagoans.

Though Johnson & Johnson vaccine deliveries are slated to more than double next week, Chicago will not join the state on April 12 in making everyone 16 and older vaccine eligible.

"In essence, I don't want to commit to something we can't fulfill because we don't have enough vaccine," Lightfoot said. "We need more vaccine."

Gov. JB Pritzker made it clear he disagrees with the city's decision not to adhere to the state's guidance on vaccine eligibility.

"I'm concerned, I will be honest with you, that the city of Chicago seems to want to delay beyond April 12," Gov. JB Pritzker said. "We should be getting every dose into every arm that we possibly can."

The mayor did say that it is only coincidental that there will be a new max vaccination site on the North Side where this recent spike in cases has been centered. Now, they are focusing on working out the logistics of how both those new sites will be run.