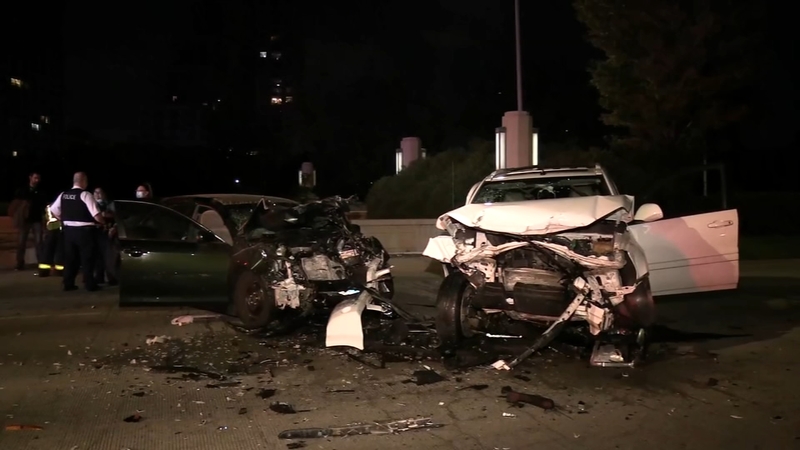 CPD said a white Chevy sedan was going south in the northbound lanes about 2 a.m., and the car collided with a black Toyota sedan near Bryn Mawr Avenue, in the 5600-block of DuSable Lake Shore Drive.

A total of five people were taken to the hospital with a range of injuries, according to Chicago police.

The female driver of the Chevy suffered non-life threatening injuries and was taken to St. Francis Hospital in Evanston in fair condition. A female passenger in the Chevy was taken to Illinois Masonic Medical Center in critical condition.

The man driving the black Toyota was taken to Masonic in serious condition, as were his two male passengers.

Charges are pending, and the northbound lanes of DuSable Lake Shore Drive near Edgewater remained closed about 6:30 a.m.