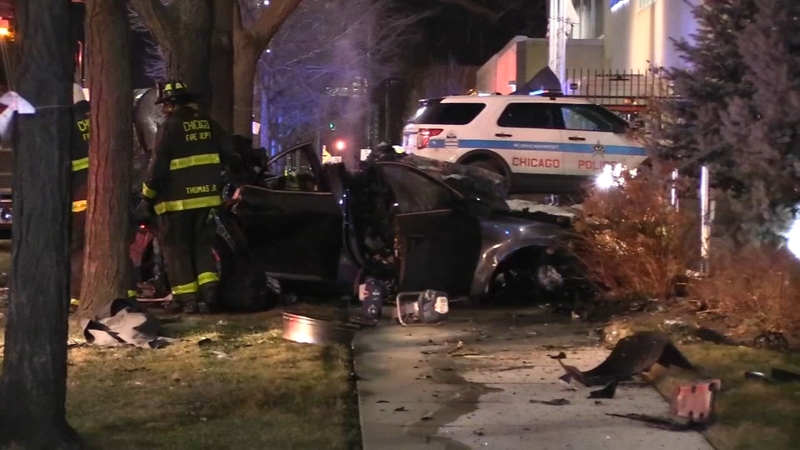 CHICAGO (WLS) -- One person has died and a 33-year-old woman was critically injured after a driver lost control and hit a tree in Chicago's Northwest Side Sauganash neighborhood early Thursday morning.

Chicago police said the unidentified male victim was driving a Hyundai sedan west in the 4000-block of West Peterson Avenue just after 3:15 a.m. when he lost control of the car. The vehicle had been traveling at a high rate of speed before it struck a tree, coming to stop on the sidewalk.

The male victim died on the scene, and the woman was taken to St. Francis Hospital in critical condition.

A witness was burned while trying to help get the two out of the car.

The Major Accidents Unit is investigating. Street closures are in place in the area.