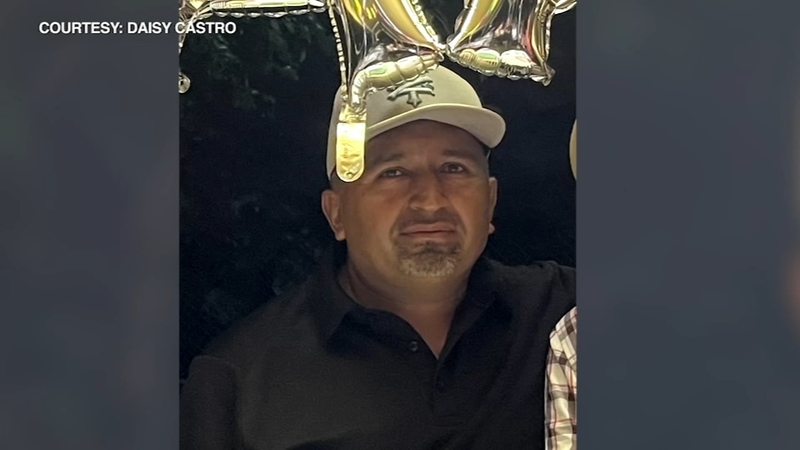 CHICAGO (WLS) -- Two men have been charged in a crime spree that included the beating death of a man putting up Christmas lights at his Gage Park home last year.

Police say those two men beat and robbed more than two dozen people over the course of four hours. It took prosecutors 45 minutes in court today just to read through all the allegations.

Moises Barrios, 23, and Pedro Mendiola, 21, were both held without bond after they were charged with more than two dozen felony counts, including first degree murder for the seemingly-random beating death of Jose Tellez. 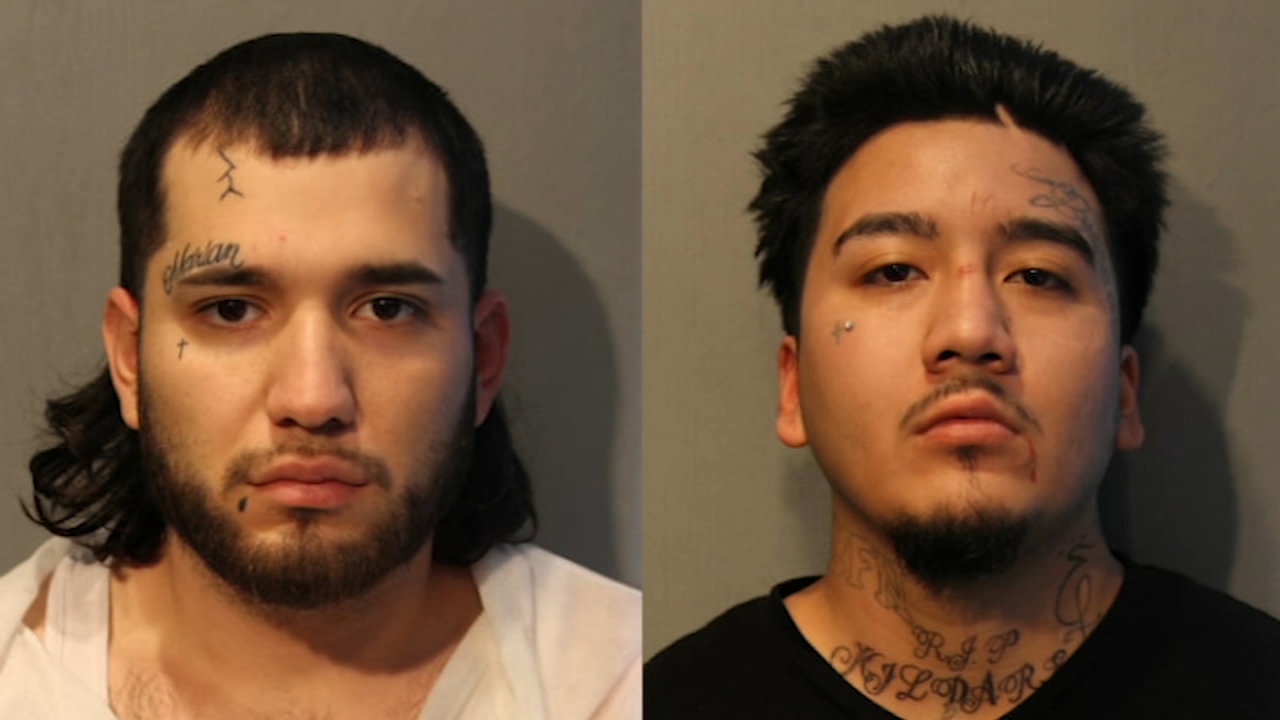 Two men have been charged in a crime spree that included the beating death of a man putting up Christmas lights at his Gage Park home last year.

The 49-year-old Gage Park resident was hanging Christmas lights last December when police say he was killed in front of family.

The victim's son, David Tellez, was overcome with emotion upon hearing of the charges.

"I would instantly trade places with him if I could. If I could give up everything I have, I would instantly," he said. "He was telling me how he didn't want to put up the Christmas lights, that it's a hassle, and the last thing he did was put them up."

Police said Tellez's daughter watched from inside and tried to get her brother to help, but the suspects had already fled the scene.

Prosecutors said Tellez was one of at least 14 victims during four hours of mayhem unleashed by Barrios and Mendiola. The pair allegedly targeted people on the street armed with a crowbar and baseball bat.

"Tellez was doing what many of us were doing and and should expected to do during the holidays, hanging Christmas lights with his daughter before being tragically and senselessly beaten to death," Cook County State's Attorney Kim Foxx said. "This is a horrendous crime and w stand here united to say we will not let atrocities happen in Gage Park or in any community in this city or this county."

Authorities say the December 11th crime spree began on the Northwest Side before the two men, riding in Barrios' mother's car, allegedly drove south and committed more beatings and robberies.

Before the brutal assault on Tellez, prosecutors said the pair attacked a postal worker and later terrorized a 4-year-old boy and his parents in their car, shattering the windows and robbing the father of his paycheck.

It took several members of police to connect all the incidents, some of which were captured on surveillance video.

"They actually took one of the defendants in custody the very day that this happened," Chicago Police Chief of Detectives Brendan Deenihan said. "And that allowed the detectives then to do a search warrant on the vehicle where they recover the bat and the crowbar, and that then leads to DNA and fingerprints, which puts this case together."

The arrests bring some relief to Tellez's family, but does not rid them of the pain they say they'll feel forever.

"I just want to, like, hug him one last time. Tell him I love him," David Tellez said.

Incident 2: 3:57 p.m. - Eddy and Lockwood - Hit victim in head with baseball bat and robbed him

Incident 3: 4:03 p.m. - No address given - Robbed a postal worker, hit victim in shoulder with baseball bat