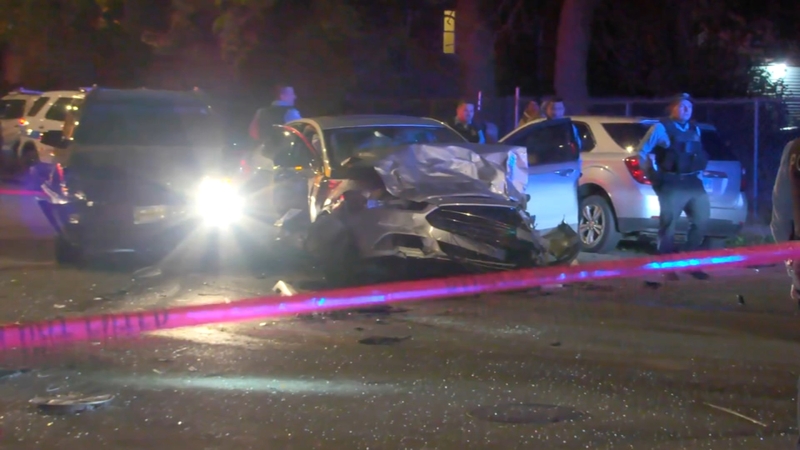 The woman was driving westbound on 16th Street when police said her car was struck by a Ford traveling northbound on Homan Avenue.

The woman was pronounced dead at the scene. She has been identified to the Cook County Medical Examiner's Office as Juanita Bussell of Chicago.

Police said the driver of the Ford, which was stolen, fled on foot and is not in custody.

A boy who was a passenger in the Ford was transported to Stroger Hospital in fair condition.

A third car was involved in the crash. No one was injured in that car, police said.