Robbers pretending to be customers targeting taxi drivers on Near North Side, police say 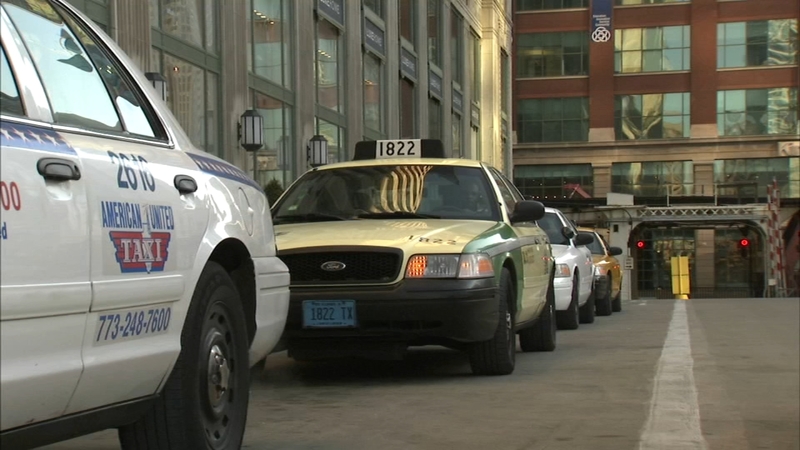 Robbers targeting cab drivers on Near North Side

CHICAGO (WLS) -- Chicago police have issued an alert after several taxi drivers were robbed by people pretending to be customers.

Five taxi drivers have been robbed in the last month on the Near North Side. Police said in each incident, the robber hails a taxi cab and requests to be driven to a location.

When the offenders exit the taxicab, police said they will attack the driver robbing him by force and taking valuables. The offenders will then run away with the stolen goods.

The robberies took place in the afternoon hours in the following locations:


"What's happening in these cases is, the drivers themselves are being targeted, their personal possessions, their phones and their wallets are what these robbers are going after," said 2nd Ward Alderman Brian Hopkins.

Alderman Hopkins said he has asked police for an increased presence where these robberies took place and they have agreed to increase their presence in the area.

Cab driver Moin Uddin said he has been robbed three times, but not in one of the cases in the alert. He was surprised that they took place so close to the Magnificent Mile.

"It is shocking because all we have are shoppers here," Uddin said.

Chicago police are looking for several young men and women between 18 and 25 for the crime. No one is in custody.

"It's hard to make a living if you are going to be robbed by these people," said taxi driver Ben Beyene. "It's impossible to work."