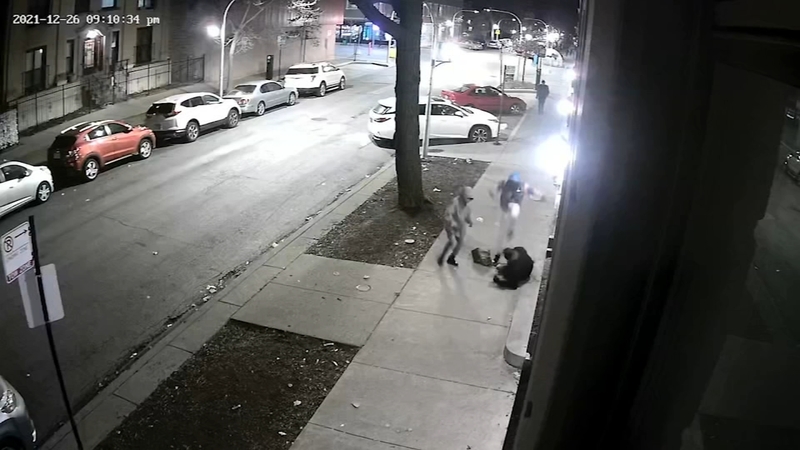 CHICAGO (WLS) -- A 69-year-old man is recovering after a brutal attack was captured on camera just a day after Christmas in Chicago's Uptown neighborhood.

The video shows one of the two male offenders kicking the man to the ground and then stomping his head to the ground just after 9 p.m. in the 4900 block of Kenmore.

The suspect went through his pockets, and after that, the beating continued. This all took place near a stretch of restaurants and shops.

"The day after Christmas I am wondering why it's like this and why anyone would think that's ok to do to somebody," said Will, a Uptown resident who didn't want to give his last name.

Chicago police said the offenders got away with some of the man's belongings. The victim refused medical attention.

It's unclear if this was a random robbery or he was targeted.

"It's unfortunate people are suffering from crime, especially someone who is elderly," said Myron, who didn't want to give his last name. He was visiting friends in the neighborhood.

Uptown residents said they're concerned about crime in their neighborhood.

"I think people need jobs so they don't have to get violent to get what they need for their own personal families," said Anna Rose, who lives in Uptown.

Walter Lee said he has lived in the neighborhood since 1995. He said crime seems to be getting worse.

"I always be aware of my surroundings. I look out. I do worry now seeing something like that," Lee said.

Police said they have no one in custody. But there are several security cameras in the area that could help police with their investigation.