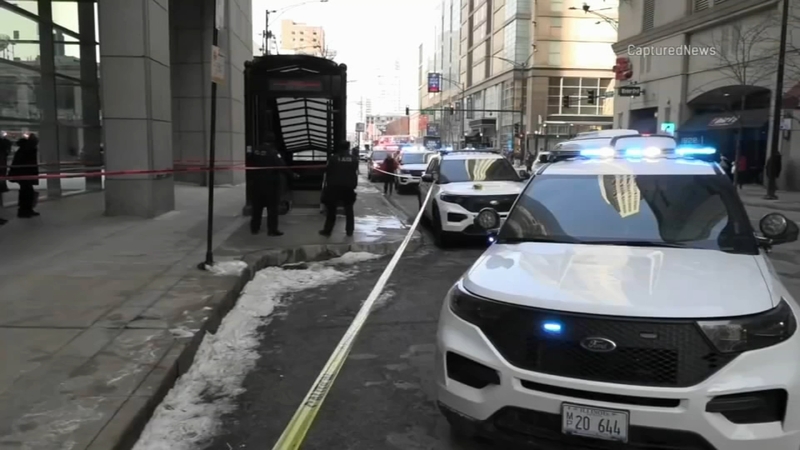 New data shows that violent crime on CTA trains is up 17% so far this year, compared to the same period last year.

The latest crimes involved two men, ages 18 and 44, who were beaten and robbed Tuesday night around 9 p.m. while riding the train near the Chicago Avenue station. Police say up to six assailants were involved.

"Obviously we have video," Chicago Police Supt. David Brown said. "There is great video on this particular incident. We are following up on leads."

Both men were taken to Northwestern Memorial Hospital, where they were in good condition, police said.

The attacks follow Monday's killing of 16-year-old Vadarrion Knight, who police say was gunned down in a targeted attack.

Shots were fired outside the CTA Grand Red Line station in River North for the 2nd time in several hours after a teen was fatally shot Monday morning.

Later that morning, shots were fired at a 30-year-old man involved in an argument as he left the Red Line station at Grand. His attacker hit him with a gun and fired shots, but no one was wounded.

The Near North neighborhood is filled with students, shoppers and residents.

"I just want to make sure I am being super aware of where I'm going, who's around me, what I'm looking for," Loyola University student Ava Dunlop said. "The last time I was on the Red Line actually, I was very scared. I switched trains because people were just smoking, yelling."

Violent crime - such as assault, sexual violence and knifings - on CTA trains does ebb and flow, but it jumped last year after declining during the pandemic. 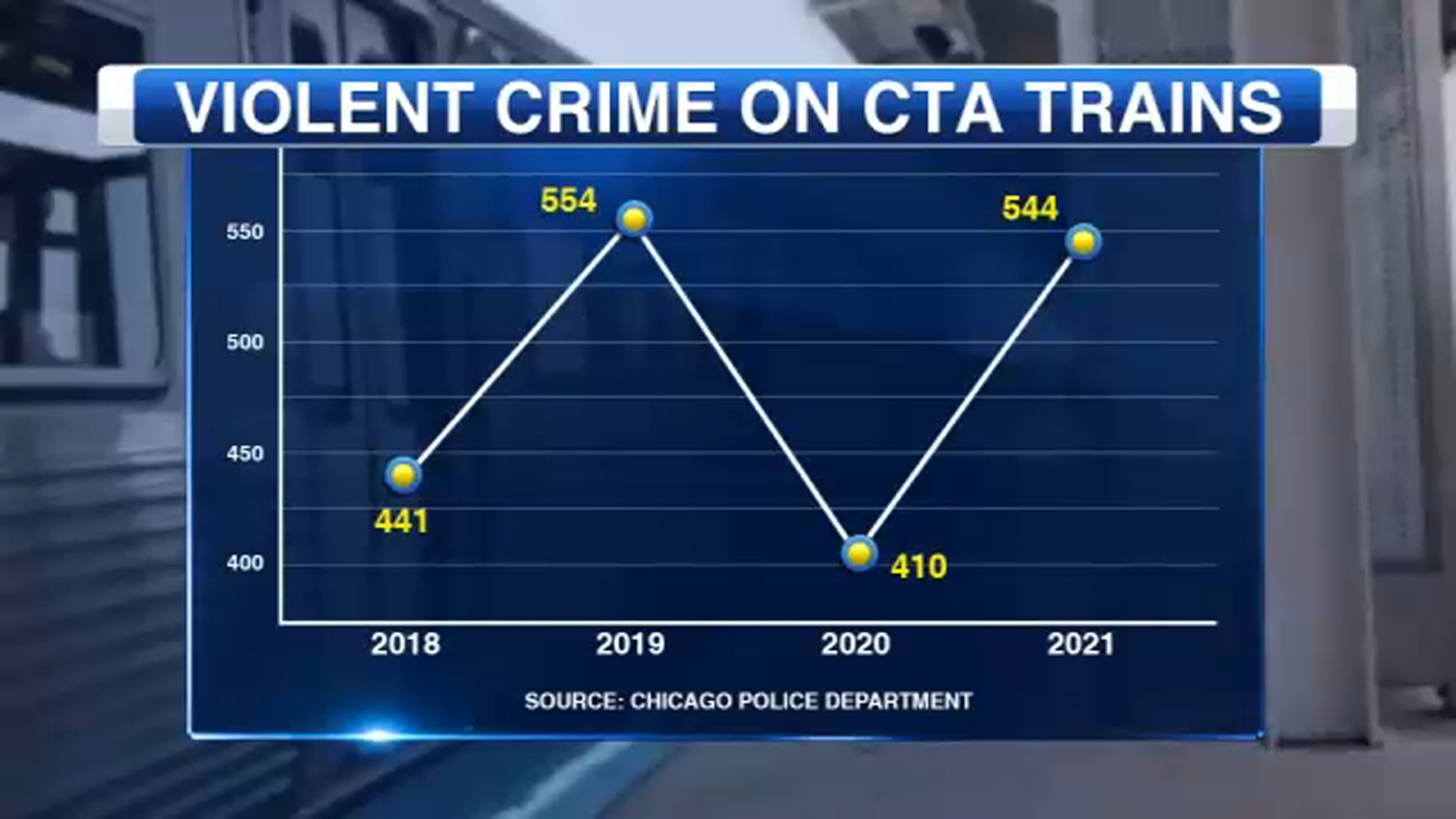 "I think if you look around in your neighborhood, you'll see an increased presence of sheriff's vehicles and it's a welcomed sight," Reilly said.
"Now that I have to feel on edge every day that I am taking it, it's definitely pretty disappointing," said Joe Patton, a Loyola student.

"Because no matter where I go, I mind my business," Glover said. "And if you mind your own business, you got nothing to worry about."

The Chicago Police Department is committed to ensuring everyone using the public transit system feels and stays safe. The Department, therefore, has dedicated a group of detectives to focusing solely on criminal activity on the CTA. These detectives work directly with both CTA's Security Department and officers patrolling the system to apprehend offenders responsible for transit crime.

We supplement CPD's Public Transportation Section officers, who are working to increase safety across 145 stations and approximately 224 miles of track, with technology. To enhance public safety across the transit system, CPD also has an innovative Strategic Decision Support Center (SDSC) in the 1st District that focuses on safety within the CTA. We continue to work closely with CTA's Security Department to make certain that the appropriate resources are in place to enhance transit safety.

The safety and security of public transit riders is the No. 1 priority for both the CTA and the Chicago Police Department (CPD), which provides law enforcement for CTA.

Each day, CPD works in close coordination with CTA's Security Department using both historical and real-time information in directing patrols and resources to address the issue of crime on and near our system. Addressing crime on the CTA requires a multi-pronged approach that includes the deployment of CPD officers who patrol the system all hours of the day. CTA supplements those efforts with private security guards, and our extensive security-camera network, which remains a vital asset for law enforcement.

The overwhelming majority of rides on CTA are without incident and safe. While the number of serious crimes on CTA remain low compared to ridership, CTA and CPD continue to look at ways to make the system even safer, and to bring those numbers down even further.