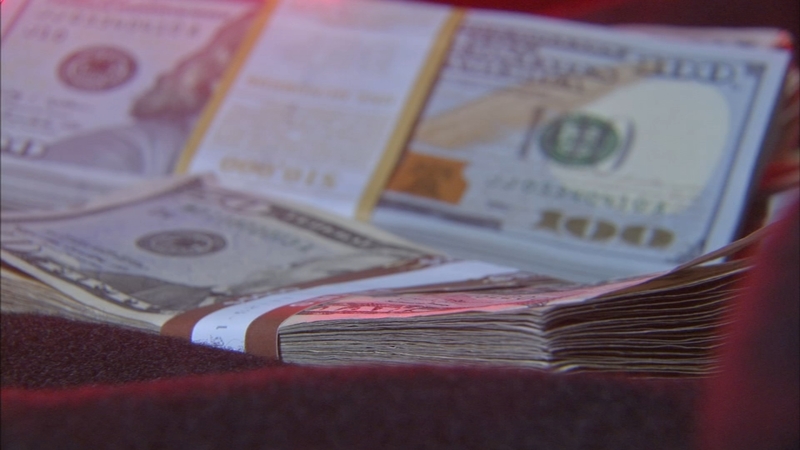 CHICAGO (WLS) -- Tuesday's election for mayor of Chicago is an eight-figure affair.

According to election records tallied up by the ABC7 I-Team, the cost of becoming mayor totals $28,552,250.

That is the latest amount raised by all 14 candidates and will end up higher than that once last-minute donations are rolled into the total.

Election records reveal not all of the money raised by Chicago mayoral candidates even comes from Chicago.

As candidates for mayor crisscross Chicago, almost a third of the money they have raised comes from outside the city limits. About $5 million has poured in from outside of Illinois.

There is a wide range of campaign financing for the top ten candidates with the deepest political accounts.

-Family dynasty candidate and former Obama cabinet member Bill Daley has raised the most money: more than $8.6 million and most of the money has come in since the end of last year, and a sizable chunk from businessman Ken Griffin.

-County board president Toni Preckwinkle is at a distant second with about $4.5 million, a little more than half of Daley's haul. One of her largest contributors is organized labor.

-Illinois comptroller Susana Mendoza is in at $2.6 million

-Southwest Side attorney Jerry Joyce has raised about $2.5 million

There are several candidates coming in at the million-dollar plus range...all of these figures translating into an ability to run TV, radio and print ads, print and distribute campaign literature and run robo calls.

Former Chicago Alderman Bob Fioretti has the tenth biggest bank account...among the low-end fundraisers who have managed to bring in just a fraction of those top few with heavy donor bases.

The mayoral politician with the most money isn't running for mayor. Rahm Emanuel had more than 9-million dollars in his campaign account before deciding not to run.

And the most popular name with Chicago voters, listed in every pre-election poll, hasn't raised a single dollar-and doesn't have a campaign office or even any workers. The name managing to attract about 30-percent of all voters polled despite not having a bank account...is the candidate known as "undecided."