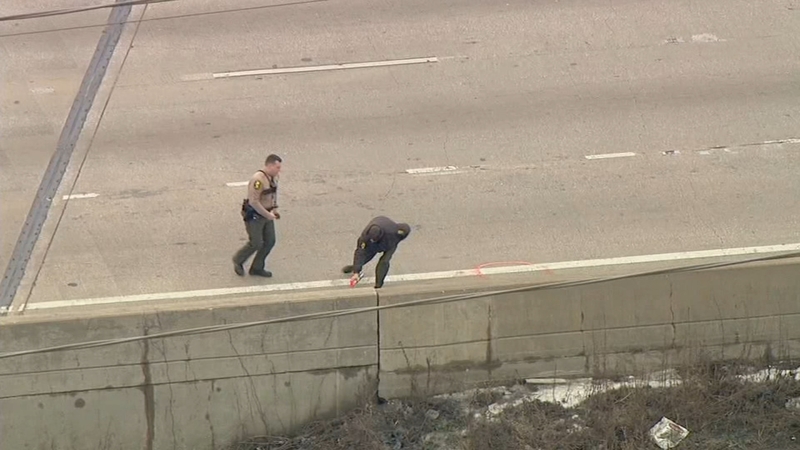 Reported expressway shooting shuts down I-55 SB at Damen: ISP

CHICAGO (WLS) -- Illinois State Police are investigating after a shooting was reported on the Stevenson Expressway Wednesday morning.

The shooting reportedly took place in the southbound lanes of I-55 at S. Pulaski Rd around 10:50 a.m., state police said.

At about 11:48 a.m., all southbound lanes of I-55 were closed for the investigation, with traffic diverted off at Damen.

State police said all lanes were reopened as of 1:07 p.m.

No injuries were reported. No further information has been released by state police.

It's not clear who fired the shots, and there have not been any arrests.

Anyone who witnessed the shooting or has any knowledge of the shooting is asked to contact the ISP by phone at 847-294-4400, or email at ISP.CrimeTips@Illinois.gov. Witnesses can remain anonymous.

There have been at least 16 shootings on area expressways so far this year.