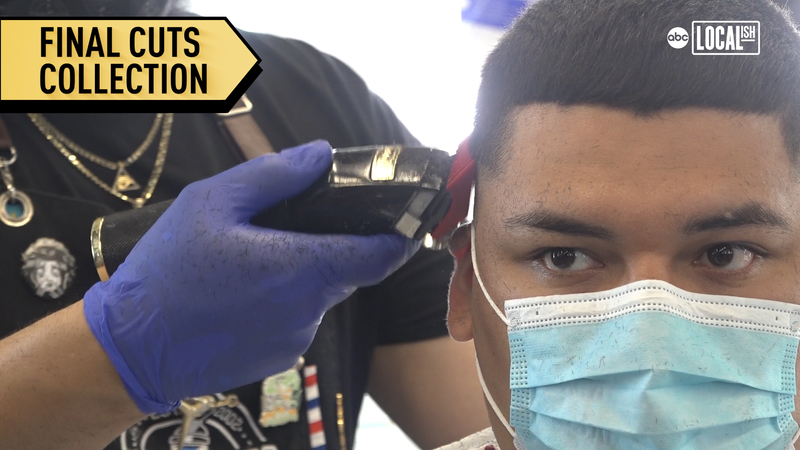 CHICAGO -- For years, barbershops have been the heart of communities around the city, and Final Cuts on the Northwest Side is no different.

When they heard one of their own was in need, the staff and clients stepped up to help Sony Morales and his family. No questions asked.

The barber shop started raising money and collecting donations to help their neighbor and friend get back on his feet.

"He's worked with me for 15 years," said Final Cuts owner and operator, Omar Sanchez. "I'm just happy that he's safe. Things are replaceable and as you can see, we were able to get stuff for them and he's going to rebuild and get strong. I'm happy for that."

Over the past three days, dozens of people have donated boxes and bags full of clothes, toys, food and toiletries for the Morales family.

"It's just been an overwhelming response and to turn something bad into something good just feels amazing," Sanchez said.

The shop's even getting donations from people they've never met, some who not only live in other neighborhoods, but also from some who are out of state.

"It's great to see people come from far and near and people from all over. It's a beautiful thing when people come together," said fellow barber Robert Faborito.

"This is one of those faith returning things to humanity kind of things and for that I'm thankful," Sanchez added.

They say now more than ever, taking care of one another isn't just important, it's expected.

"We have a saying where it says 'today for you, tomorrow for me,'" said Cynthia Carvajal, who donated toys and clothes to the Morales family. "In other words, if we can help you one day when I need help I hope the community is there for me as well."

Despite the heartache still so fresh for Sony and his family, they came out to thank their neighbors for all the support.