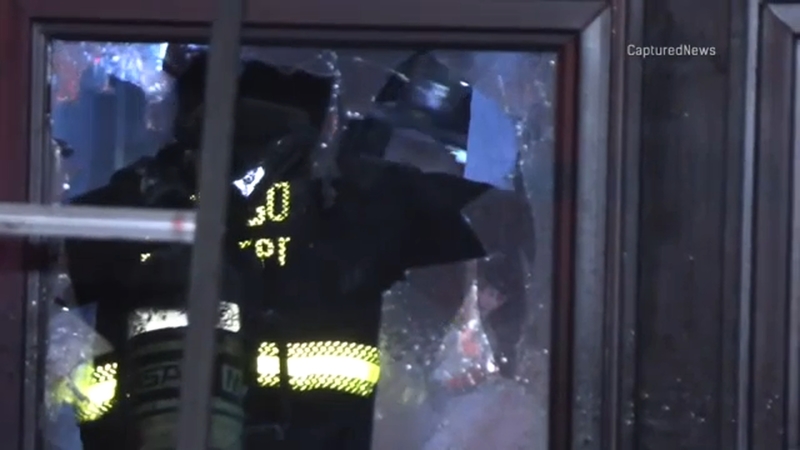 CHICAGO (WLS) -- A Chicago firefighter has been hospitalized after an early morning fire Tuesday in Chicago's Albany Park neighborhood on the Northwest Side.

The fire began just before 4 a.m. in the 3300-block of West Cullom Avenue in a vacant two-story apartment building under construction, Chicago police and fire officials said.

It was put out about 3:55 a.m., but a male firefighter was taken to Swedish Hospital after falling through the floor in the building.

He remained stable, CFD said. No one else was hurt, according to CPD.

Fire crews remained on the scene after 4 a.m. to investigate the cause of the blaze.

The same fire company battled another fire in Albany Park Monday that gutted a popular brewery, gym and an apartment building.