Relatives identified the mother and daughter as Leashia and Porsche Ford.
WLS
By Michelle Gallardo and Alexis McAdams 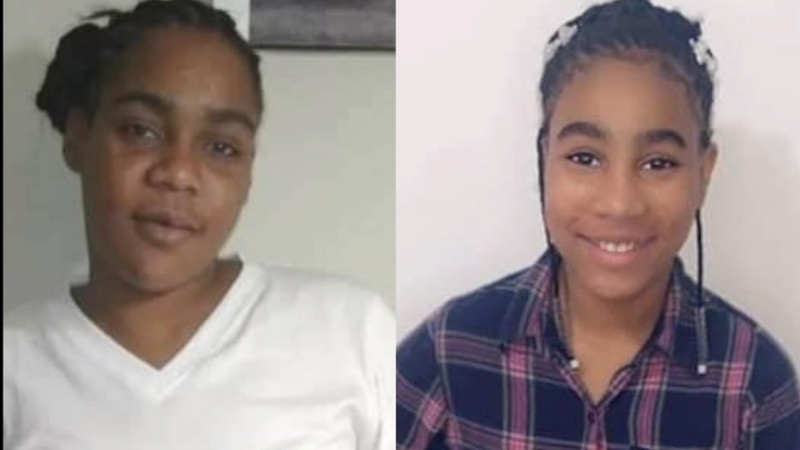 CHICAGO (WLS) -- A 10-year-old girl and her mother are dead after an early morning house fire in Gresham Sunday. Four others were also hospitalized in the aftermath, according to officials.

Among those hospitalized are the mother's boyfriend and two cousins. All of them are expected to recover from their injuries as both the fire and police departments continue to investigate the cause of a fire that family members believe was anything but accidental.

"How could they both go at the same time," said cousin Darryl Fields.

Police responded to a fire at a single-family home in the 8600-block of South Hermitage. A young girl and a woman were taken to Little Company of Mary Hospital where they were both pronounced dead, according to the Chicago Fire Department.

"I don't know what to do. I lost my momma and my sister. That's my only sister," said Tieashia Stinson, the victims' daughter and sister.

The loss is a devastating one. Relatives identified the victims as Ieashia Ford and her 10-year-old daughter Porsche.

"She went back in to get her daughter," Fields said. "They passed away in the doorway and she had the baby in her arms."

This new surveillance video shows the fire engulfing the home around 3 a.m. Sunday.

Chicago firefighters worked to save the six people inside, but only four made it out.

Mixed in with the shock, however, is concern that the fire may have been intentionally set, taking place hours after an argument between the mother and an acquaintance relatives said had been harassing her.

"He killed my two cousins. Her and her daughter," added relative David Wilson.

While an arson unit was on the scene Sunday morning in the hours following the fire, investigators at this point, are refusing to elaborate and still call the incident a death and fire investigation.

As family grieves this unimaginable loss, they now have to say goodbye to the mother and daughter, who was just getting ready to go back to school Monday morning.

"Porsche was so adorable. She was looking forward to going to school," said family member Mona Ford.

"Her daughter is a replica of her," Wilson said. "She was sweet, she was kind, she was one of the best girls I met."

The Cook County medical examiner's office has not yet released details on their deaths.

Following the deadly fire, firefighters canvassed the neighborhood to hand out smoke detectors to those in the area, which is a common practice following fatal fires.