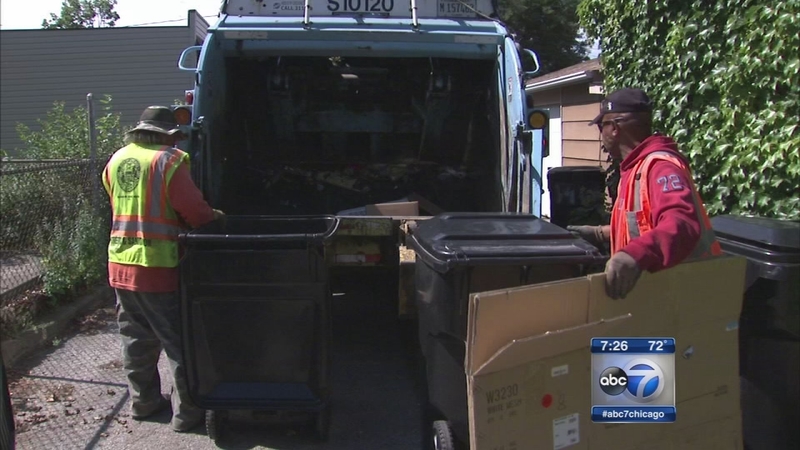 As the mayor prepares to propose what reportedly will be the largest property tax increase in Chicago history, a sheepish city council will wear the jacket for new garbage pickup fee.

"What am I going to say? We have a financial crisis. We need to come up with some options," said Ald. Danny Solis, 25th Ward.

Zoning committee chairman Ald. Solis was joined by other influential city council members, including the progressive caucus chairman as well as the mayor's floor leader. They have agreed - as a way to raise $80 million - on a maximum $11 monthly garbage pickup fee.

"This is about as high as it could possibly go and we're working on trying to reduce it," said Ald. Pat O'Connor, 40th Ward.

And the alderman said they'll support a reduced rate for the city's oldest homeowners.

"My seniors should not have to pay the full price," said Ald. Michelle Harris, 8th Ward.

City garbage pickup has always been paid for by the property tax, but the administration wants to increase that levy to raise half a billion dollars a year to pay Chicago's police and firefighter pension debt. The plan would exempt homeowners from the increase if their houses are worth less than a certain amount.

"The expanded exemption would cover properties with an assessed value of under $250,000, which will cover a great number of properties in my neighborhoods," said Ald. Roderick Sawyer, 6th Ward.

In Ald. Connor's 40th Ward, the vast majority of houses are appraised at more than $250,000. He said his residents would understand.

"People that live here and love this city realize that steps have to be taken to preserve our future," Ald. O'Connor.

Mayor Emanuel appeared on a panel in New York City and was unavailable for comment on the garbage pickup fee. His budget is scheduled for next Tuesday.