Chicago husband and wife killed in Pullman hit-and-run crash: 'They died together' 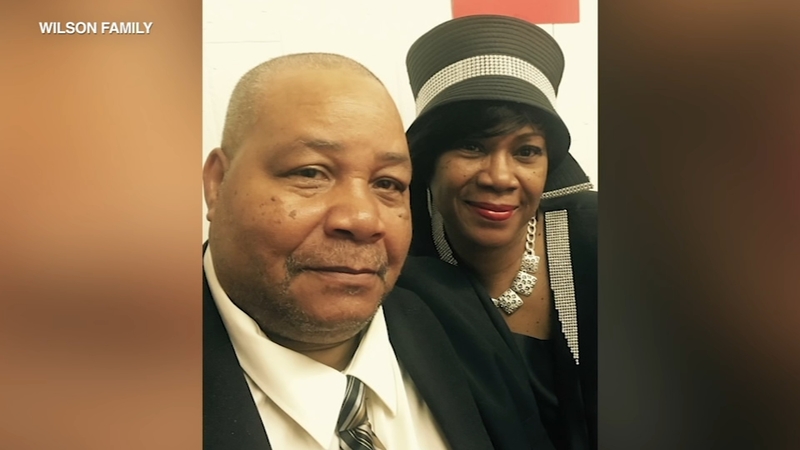 CHICAGO (WLS) -- A husband and wife were killed in a hit-and-run crash in Chicago's Far South Side Monday night, Chicago police said.

Officers responded just after 11:15 p.m. to the 11100-block of South Cottage Grove Avenue near Pullman Park and found the couple inside a vehicle after being hit by another vehicle, CPD said.

They both had to be extricated from their red SUV.

The victims identified as Adelbert Wilson, 69, and Apostle Dr. Yvonne Lee-Wilson, 65, were both considered pillars of their community.

Lee-Wilson's sister, Geneva Davis was staggered by the news.

"I am in awe," said Davis. "I don't know how I am feeling, I am broken, I am devastated, angry and frustrated."

"Apostle" was the title Lee-Wilson went by at her spirited congregation on the South Side. Her sister railed at the unknown person responsible.

"I don't know if you realize what you did. You should come forward because you hurt a family, you hurt church members, you hurt people all over," said Davis. "Not only did you hit them but you ran."

Police also found a damaged white vehicle at the scene. It is not clear if the hit and run driver was in it.

According to police Mr. Wilson was driving the red SUV, which rolled over and crashed into a bus shelter.

The impact shattered the walls and took off the roof.

"He was an awesome man of God. He loved his wife, they died together, they were always together they were coming home from church," said Davis.

Now a close-knit family, both home and at church mourn.

"They are going to miss her greatly. Many of them that I reached out to they are devastated they have no words," Davis said.

Chicago police did not immediately provide any information about the driver responsible.