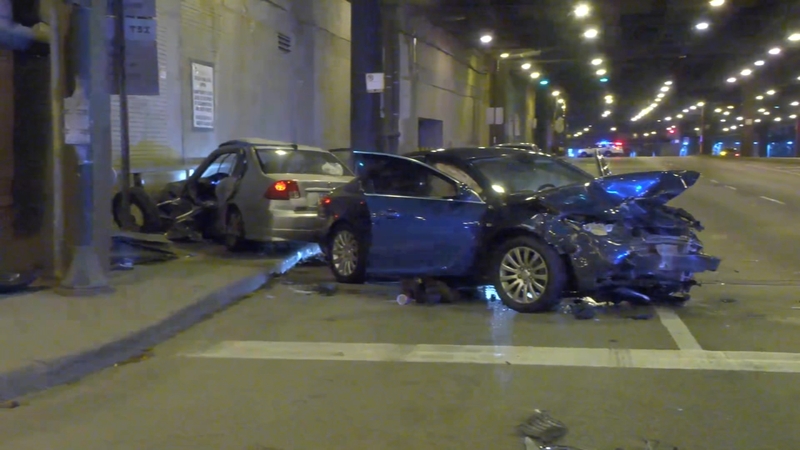 CHICAGO (WLS) -- A man has been charged with reckless homicide for a hit-and-run crash that killed a 70-year-old woman on Lower Wacker Drive in 2020.

Marcel Windham, 21, was arrested Tuesday after he was identified as the driver who struck Christine Campbell's car and continued without stopping, Chicago police said.

Campbell's Honda collided with Windham's Buick on Dec. 3, 2020 at an intersection in the 300-block of East Lower Wacker, police have said.

Her car appeared to jump the curb and hit a wall near Columbus Drive.

Windham was expected to appear for a court hearing Wednesday. He also faces a count of leaving the scene of an accident.

Campbell was taken to Northwestern Memorial Hospital after the crash, where she died.

She had been a patient care technician with Northwestern Medicine.

"We are shocked and sadden by the passing of our employee Christine Campbell. 'CC' as she was known to us, just celebrated 25 years with Northwestern Medicine," Northwestern spokesman Christopher N. King said at the time.

"She was dedicated to providing compassionate care to every patient, every day. CC was loved by her second 'family' and we will miss her smile, big heart and her loving stories about her grandchildren and great-grandchildren. Our thoughts and support go out to the Campbell family during this difficult time," he said.