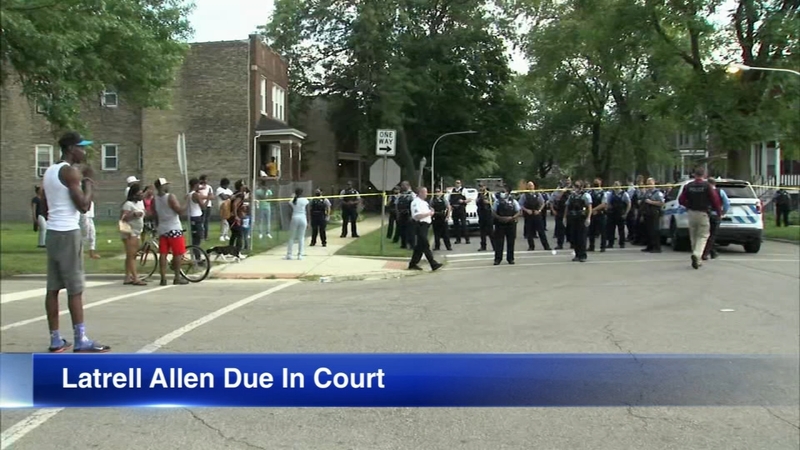 Chicago police said the individuals were either identified or found in possession of some of the alleged stolen merchandise.

Officers were able to return some of the stolen merchandise, officials say.

Anyone who may have videos, photos or information regarding the recent looting incidents is asked to contact the task force at 630lootingtaskforce@chicagopolice.org, or submit an anonymous tip at CPDtips.com.

In total, two people were shot, 13 police officers were injured and more than 100 arrests were made Monday, Chicago police said. The city had deployed more than 400 officers after seeing social media posts instructing people to loot the downtown.

The ABC7 I-Team obtained a social media post that Chicago police detectives said directed looters to converge on Gold Coast stores starting at 12 a.m. Monday. The post points looters away from the South, West and East sides, and instead tells them to target downtown and the North Side. Looters are encouraged to bring tools, ski masks and gloves.

Most of the looters Chicago police took into custody early Monday morning will be given bail.

Many of those arrested went before Cook County judges last Tuesday, and many are facing felony charges after police said they were grabbed inside stores or caught red-handed carrying clothes, shoes or jewelry as they climbed out of shattered storefront windows.

Neither police nor prosecutors have released the names of those charged, but the I-Team has monitored bond court proceedings and examined county records to get an idea of who was arrested and what is happening to the accused looters.

Many of those arrested are first time offenders.

The man charged with the attempted murder of two Chicago police officers is also due in court Monday.