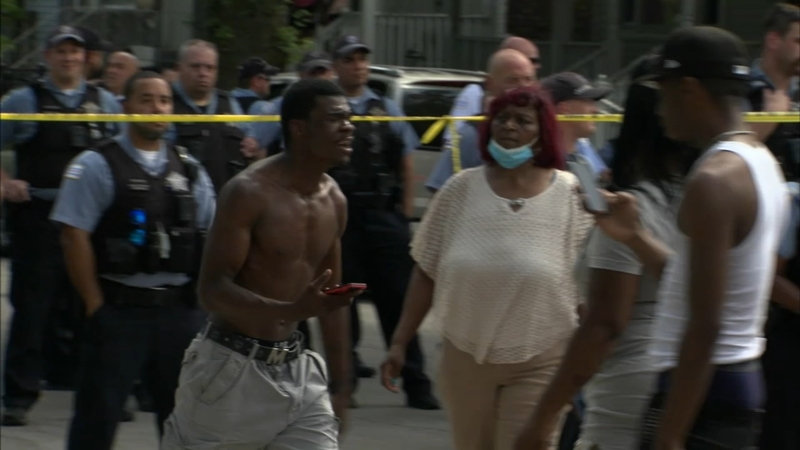 CHICAGO (WLS) -- A judge has set bond for a 20-year-old Chicago man who was involved in the Englewood police-involved shooting that officials say sparked the recent looting spree.

A judge set bond for Latrell Allen at $1 million on Monday.

Prosecutors say Allen was armed with a gun at an Englewood park where children were playing Sunday afternoon. When police arrived, they say he took off and then fired at them during a chase.

As of Tuesday night, Allen was still in the hospital but expected to recover, police said.

He is a convicted felon and has two other pending misdemeanor charges, police say.

The Civilian Office of Police Accountability is investigating the officer-involved shooting.

The ABC7 I-Team obtained a social media post that Chicago police detectives said directed looters to converge on Gold Coast stores starting at 12 a.m. Monday. The post points looters away from the South, West and East sides, and instead tells them to target downtown and the North Side. Looters are encouraged to bring tools, ski masks and gloves.
EMBED More News Videos

The ABC7 I-Team has obtained a social media post Chicago police believe may have sparked the looting downtown, possibly in response to a police-involved shooting in Englewood.